Pakistan To Attend Heart Of Asia Conference In India 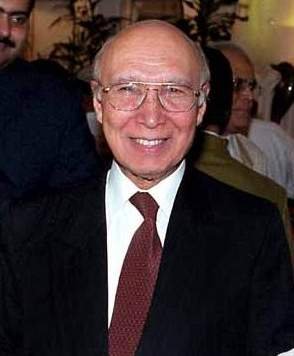 Inspite of serious tensions between India and Pakistan on Line of Control on the disputed Kashmir area under Indian control, Pakistan has decided to send it’s delegation to India to participate in Heart of Asia Conference on Afghanistan. The conference is scheduled for 3-4 December at Amritsar, Indian city bordering Pakistan.

Sartaj Aziz, Advisor to Prime Minister of Pakistan on Foreign Affairs is quoted saying as per Pakistani media that he himself will participate in the conference and will not repeat India’s “blunder” of boycotting the SAARC summit which was to be held in Islamabad last month.

The conference on Afghanistan’s future will be attended by Prime Minister Narendra Modi and Afghanistan President Ashraf Ghani.

Sartaj Aziz said “Unlike India, that had sabotaged the SAARC summit in Pakistan by pulling out, Pakistan will respond by participating in the Heart of Asia being held in India. It’s a good opportunity to defuse tension.”

Officials in Islamabad see this as an opportunity to try and “normalise” relations. “We are constructive about the relationship… would like to see some progress… but is New Delhi ready?” a Pakistani official told Indian press as quoted by The Indian Express.

Pakistan, sources said, Pakistan cannot afford to stay away from a conference where the future of Afghanistan is being discussed.