Pakistan Stresses On Implementation OF UNSC Resolutions on Kashmir & Palestine 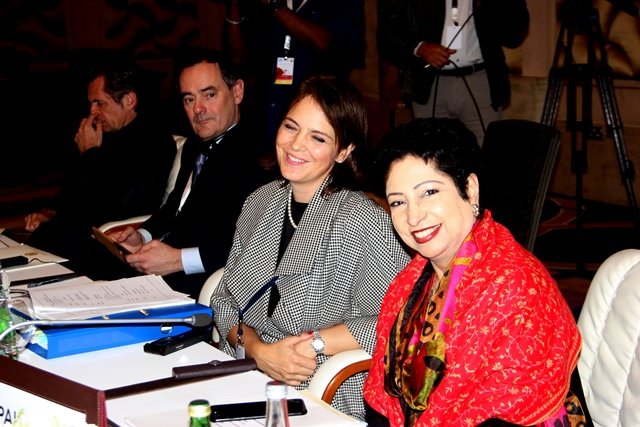 She said that ‘Qatar has provided a platform to all those countries which had shown their interest in the reforms. 30 countries took part in the meeting’, she told. ‘ Doha meeting will help countries in shaping UNSC reforms in the forthcoming session on reforms next month at the UN ‘, Pakistan’s ambassador to UN told.

Ambassador Lodhi said that there is a dire need of reforms in Security Council as it cannot meet present needs of the world. “The world has changed a lot in the last fifty years both politically and in it’s demographic dynamics. Pakistan’s position in this regard is there was no need to increase in number of VETO power states, better will be to provide more representation of Arab and Muslim countries in the Council.

On the question of Pakistan & Qatar’s understanding on the position, Pakistani ambassador said that both the states share opinion on number of international issues. ‘ OIC member states representatives are regularly meeting at the UN platform. She also referred on Pakistan’s initiative on Rohingya Muslim’s plight at the OIC New York platform. Ambassador Lodhi said that we are regularly meeting and all Islamic countries are working with mutual understanding at the OIC platform and the UN.’

She stressed on Security Council to meet it’s obligation on the implementation of all it’s resolutions in regards to Kashmir & Palestine.

Thirty UN member states participated in the two-day meeting which concluded today. It was attended by the President of the 71st UN General Assembly Peter Thomson and the Co-Chairmen of the Inter-Governmental Negotiation on Security Council Reform Ambassador Mohamed Khaled Khiari of Tunisia and Ambassador Ion Jinga of Romania.