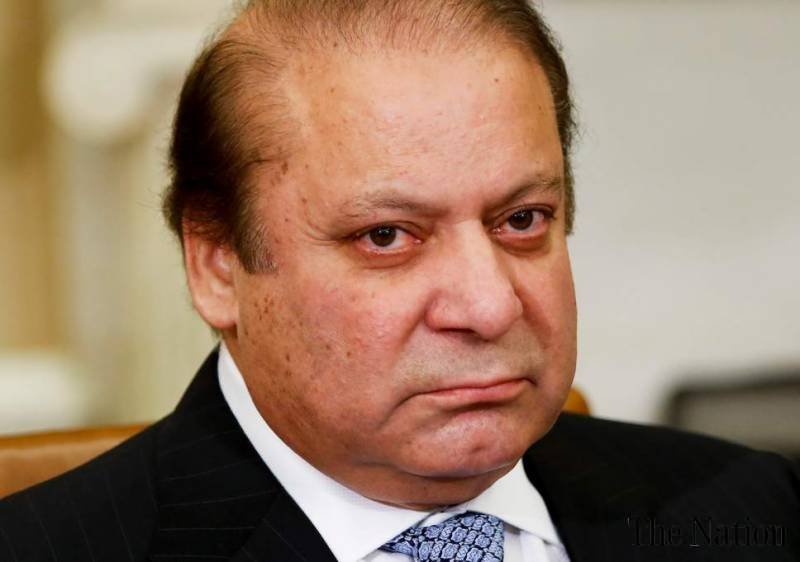 Accountability Court II Judge Arshad Malik announced the verdict in the references against the Sharif family, after reserving the decision last week.

In a short verdict announced today, the court said there was concrete evidence against the former premier in the Al-Azizia reference, and that he was unable to provide a money trail in the case.

There was not enough evidence to convict Nawaz in the Flagship reference, thus he has been acquitted, the decision read.

The detailed verdict is expected to be announced later today.

On Friday, the court had accepted the request of Nawaz’s counsel to submit additional documents in the Flagship Investment reference and rejected NAB’s reservations.

On December 7, the Supreme Court had directed the accountability court to conclude the cases by December 24, after previously granting it seven extensions to wrap up the references initiated by NAB.

Security around the Judicial Complex in Islamabad has been tightened ahead of the verdict.

Section 144 has been imposed to maintain law and order in the federal capital.

The trial against the Sharif family commenced on September 14, 2017.

On July 6, after four extensions in the original six-month deadline to conclude all three cases, the accountability court announced its verdict in the Avenfield reference. Nawaz, his daughter Maryam and son-in-law Captain (retd) Safdar were sentenced to 11 years, eight years and one year, respectively, in prison.

Nawaz and Maryam were released from jail on September 19 after the Islamabad High Court suspended their sentences in the Avenfield case.

Nawaz and his sons, Hussain and Hasan, are accused in all three references whereas Maryam and Safdar were accused in the Avenfield reference only.

The charge against the family is that Hassan Nawaz Sharif, the former premier’s youngest son, set up an investment firm in 2001, with an office registered in the United Kingdom. At the time he was 25-years-old.

Nawaz has never accepted any connection with his son’s business, although the Bureau alleges that his name was listed as chairman of the board, further adding that Hasan was under the guardianship of his father till 1995.

Earlier this month, during a hearing, the NAB stated that Nawaz Sharif even received an amount of 0.78 million AED from the investment firm that he claims to have no stake in.

The accountability court had to determine how and from where did Hasan get the funds to set up the investment firm.

Hussain Nawaz Sharif, the former prime minister’s elder son, claims that he received a sum of $5.4 million from his grandfather to establish the steel conglomerate in Saudi Arabia. The payment was made by a Qatari royal on the request of the elder Sharif. Thereafter, scrap machinery was transported from their Ahli Steel Mills in Dubai to Jeddah to establish Al-Azizia in 2001.

The JIT constituted to investigate the graft allegations insisted that the real owner of the mills was Nawaz Sharif, and it was being operated by his son on his behalf. Hussain was 29-years-old at the time. The JIT also held that Nawaz Sharif received 97 per cent profit as ‘gifts’ from Hill Metals Establishment, another company established by Hussain Nawaz Sharif in 2005, in Saudi Arabia.

Of the amount, Nawaz Sharif transferred 77 percent to his daughter, Maryam  Nawaz Sharif, (Maryam is not accused in this reference). Here as well, the NAB claims that since Sharif received a large profit from Hussain’s companies, he is the real owner and not his son. However, during the proceedings the NAB could not substantiate its claim through documentary evidences and instead placed the burden of proof on the accused.