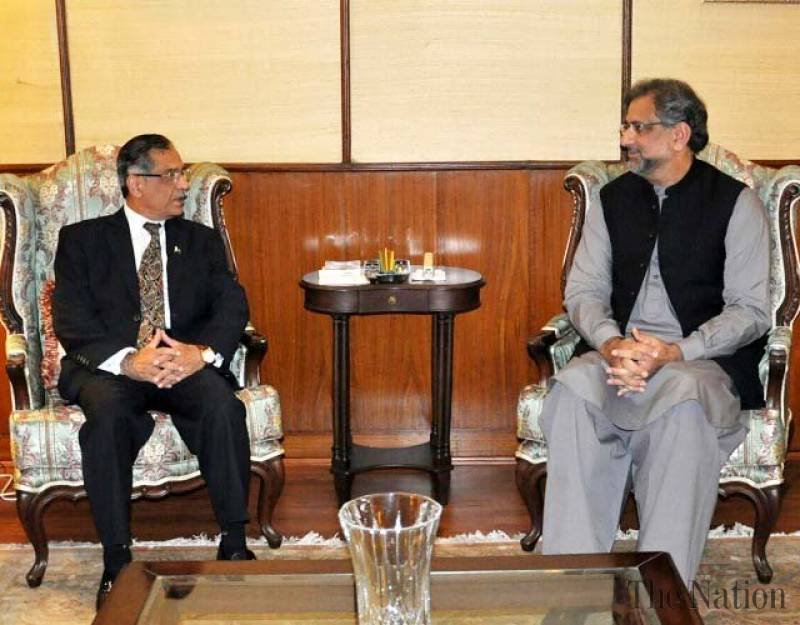 CJP has fined Rs 50,000 to Airblue on non verification of the degrees of the pilots yet.

A hearing of the case regarding the verification of alleged fake degrees of pilots was conducted in Supreme Court Karachi Registry.

Managing Director (MD) Airblue Junaid Khan appeared in the court during the hearing.

CJP inquired that who is the Chief Executive Officer (CEO) of Airblue. “Tell how many pilots do you have?”

MD replied, “We have 101 pilots while the whole staff consists of 251 members.”

While expressing annoyance, CJP inquired why the degrees of the pilots have not been verified yet?

CJP while imposing fine of Rs50,000 on Airblue, ordered to deposit that amount with Fatimid Foundation.

“In case of any irresponsibility we will initiate contempt of court proceedings against MD Junaid Khan,” CJP remarked.

MD said that the breaking news about summoning PM was being aired.

CJP remarked that PM Shahid Khaqan Abbasi is a political figure, and the breaking news of political persons continue to run.

We had not summoned PM, CJP observed.