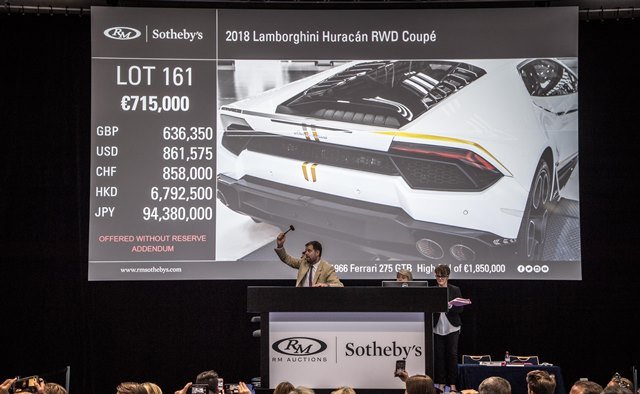 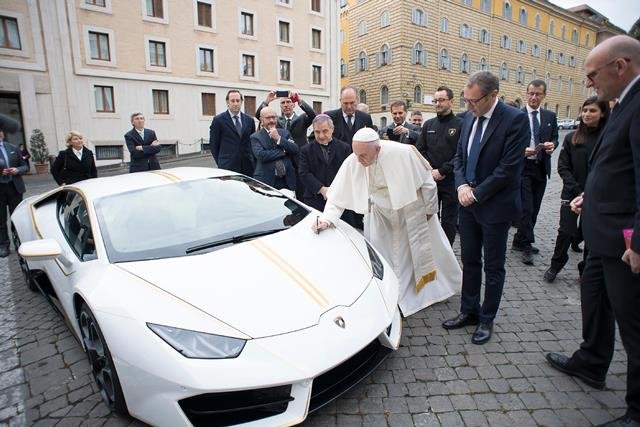 The one-off model of the Lamborghini Huracán rear-wheel drive, donated to Pope Francis on 27 November 2017, has been sold for the price of 715,000 Euro during the RM Sotheby’s auction in Monte Carlo’s Grimaldi Forum on 12 May.
All proceeds received during the auction will be donated to Pope Francis directly, who will allocate them accordingly to diverse projects:
The Lamborghini Huracán RWD was realized by Lamborghini’s customization department “Ad Personam”. The special edition model pays tribute to the colors of the Vatican City flag, painted in Bianco Monocerus with Giallo Tiberino featuring on the Huracán’s silhouette.
May 13, 2018 / Current Affairs