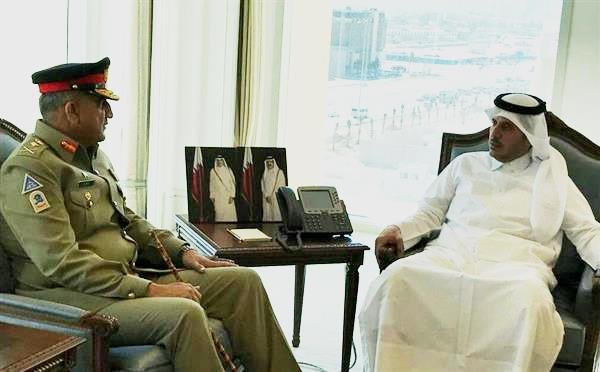 The Prime Minister acknowledged Pakistan’s contributions towards development and growth of Qatar. He also hailed Pakistan Army’s contributions towards regional peace. He said that people of Qatar greatly value people of Pakistan and trust their time tested commitment for working in Qatar. He expressed his desire to learn from Pakistan Army’s experience in security domain and also seeking assistance during forthcoming Football World Cup in Qatar including provision of manpower.

The Prime Minister also shared his desire to move forward with Pakistan on multiple fronts including cyber security, defence production and ease of travel.

General Qamar Javed Bajwa thanked the Prime Minister of Qatar for his expression and assured him all possible cooperation in the desired fields.