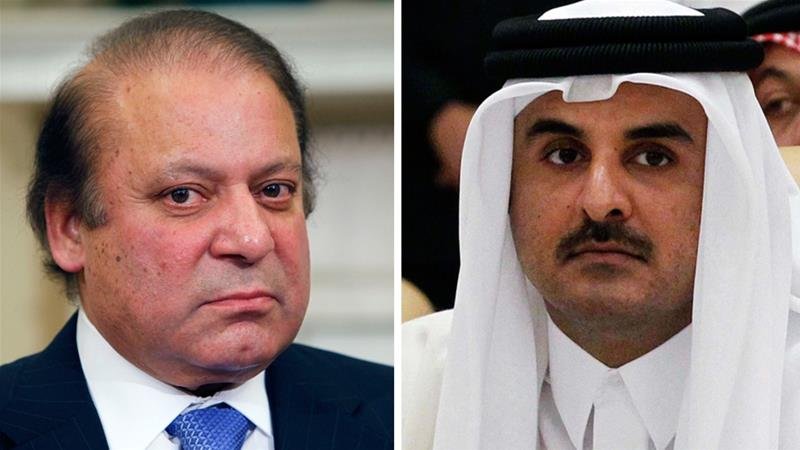 Pakistan’s parliament has expressed its “deep concern” over the blockade and severing of ties with Qatar by several Arab states, calling for the government to help mediate in the crisis between the Gulf state and its neighbours.

“This House calls upon all countries to show restraint and resolve all differences through dialogue,” read a resolution passed by the lower house of parliament on Thursday.

The measure came as Pakistan’s foreign ministry reiterated the country’s “concern” at the escalating situation – but stopped short of endorsing one side or another.

“Pakistan believes in unity among Muslim countries and has made consistent and serious efforts for its promotion,” Nafees Zakaria, the Pakistani foreign office spokesperson, said on Thursday.

“We are therefore concerned at the situation.”

But Zakaria refused to comment when probed on whether Pakistan had taken any steps to mediate the crisis or was also considering severing ties with Qatar.

He also had nothing to say when pressed to provide Pakistan’s position on the allegations of “supporting terrorism” levelled against Qatar by Saudi Arabia, the United Arab Emirates (UAE) and their allies.

Pakistan has a close economic and strategic relationship with Saudi Arabia, which is leading the calls for the blockade and severing of ties.

Yet, in the past it has resisted pressure to wade into regional conflict in the Middle East.

In April 2015, Pakistan’s parliament voted to remain neutral in the war in Yemen, despite pressure to join a Saudi-led military alliance targeting Houthi rebels in the country.

On Monday, Pakistan’s foreign office indicated that it currently had no plans to sever ties with Qatar.