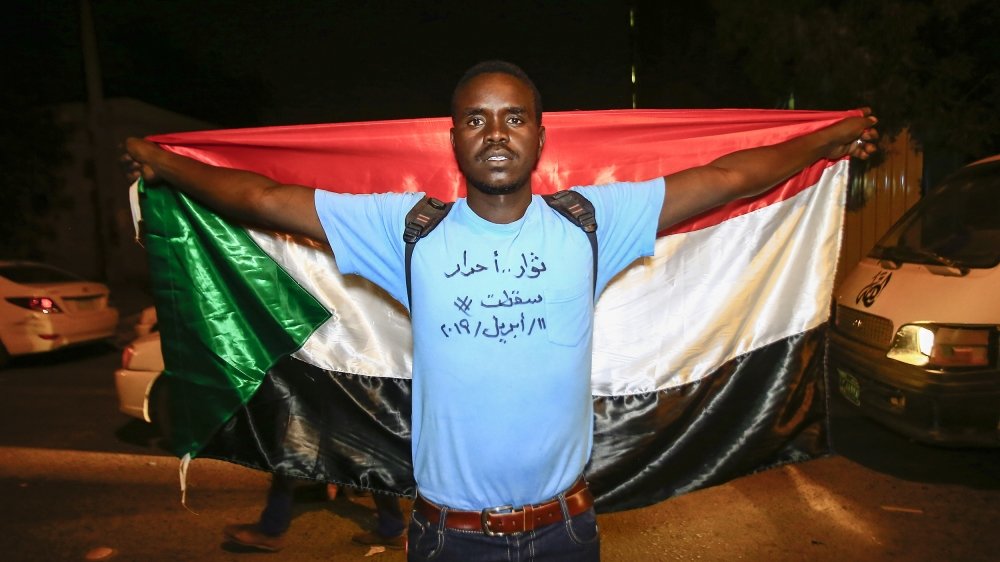 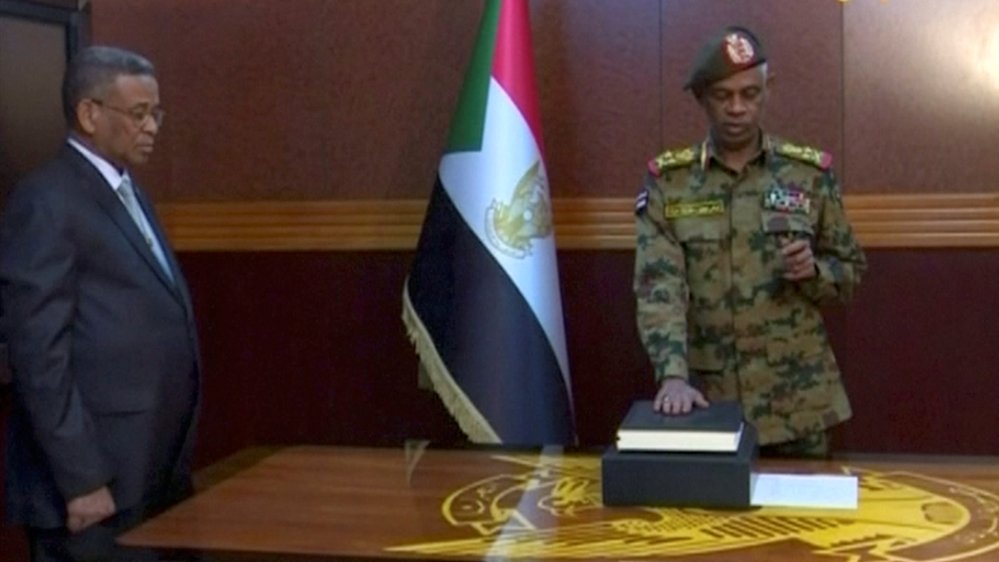 Sudan’s President Omar Al-Bashir has been removed by the military after months of anti-government protests against his three-decade rule.

General Ahmed Ibn Auf was sworn in on Thursday evening as chief of a new military council that will rule the country for two years, hours after declaring that Sudan’s long-time ruler had been overthrown and arrested.

The coup and installation of the council was rejected by the protesters, who said the moves did not meet their long-standing demands for a civilian-led government.

The latest crisis escalated on April 6 when thousands of demonstrators began a sit-in outside the army headquarters in the capital, Khartoum. Dozens of people have been killed in protest-related violence since the start of the demonstrations.

The Sudanese Professionals Association (SPA), one of the groups at the forefront of the demonstrations, calls on “all the revolutionaries” to continue their sit-in outside the army headquarters in Khartoum.

“Stay there and secure the barricades and prepare for Friday prayers and prayers for the absent,” it says in a Twitter post.

According to the Central Committee of Sudanese Doctors, an SPA affiliate, 35 people have been killed since the sit-in started on April 6.

Opposition leader: We will continue until end

Omer Eldigair, the leader of the Sudanese Congress party, rejects the military’s statement.

“We will not accept half victory. We need the whole and complete victory as anticipated and wanted by our martyrs. Thus, the Declaration for Freedom and Change decided to continue the sit-in in front of the General Command’s headquarters,” he says in Khartoum.

“The citizens will also continue to take to the streets and be available in all squares here in the capital and everywhere nationwide. Don’t be scared and don’t retreat as we will continue our path until the end.”

Thousands of demonstrators in Sudan’s capital remain outside the army headquarters in defiance of a curfew (10pm-4am) announced earlier by the military.

Al Jazeera’s Hiba Morgan, reporting from Khartoum, says: “People are still in front of the army headquarters although an announcement has been made on state television by the interim military council, which is currently running the country, that the curfew has effectively been put in place and that people should leave the army headquarters and go back to their homes.”

Protesters are chanting their slogan “peace! justice! freedom!” as they continue their sit-in for a sixth consecutive night, according to AFP news agency.

“Only a credible and inclusive political process can meet the aspirations of the Sudanese people and lead to the political and economic reforms the country needs,” Mogherini says in a statement.

“That can only be achieved through a swift handover to a civilian transitional government,” she adds.