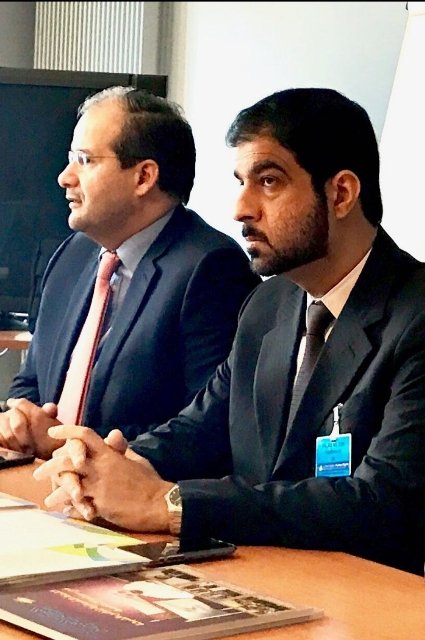 The Arab Network of National Human Rights Institutions (NHRI) and the United Nations High Commissioner for Human Rights (OHCHR) organized a training course on human rights mechanism for the network at the Palais Wilson in Geneva.

In his inaugural address, Sultan Bin Hassan Al-Jamali, Executive Director of the Network stressed the need to unify strategies between national institutions, the Global Alliance, the Human Rights Council, the High Commissioner, United Nations bodies and all stakeholders. With the secretariats and members of the human rights networks of national human rights institutions “that the basis for cooperation among all stakeholders in the field of human rights is complementary rather than competition”. Al-Jamali said what these accumulated efforts will bring after a period of qualitative leap, least of which changes the moods of peoples and nations towards a genuine desire and will to respect human rights. We will see and see future generations of human rights culture to form the conscience of nations and peoples. To live together, love, peace and achieve the well-being of citizens and residents.

Al Jamali said that the cooperation between the network and UNHCR culminated last month in the signing of a memorandum of understanding between the two sides on the sidelines of the International Conference on Human Rights Approaches in Conflict Situations organized in Doha 20-21 February 2017, in order to frame and activate this cooperation through mutual support in all fields of human rights, including the exchange of experiences and best practices, and raising the capacities of Arab national institutions in all areas of human rights. In the context of their efforts to promote, develop, protect, respect and fulfill their human rights in the Arab States. He pointed out that this training session comes as a second activity after the signing of this memorandum, in order to raise the capacities of Arab institutions, by refining your skills and abilities in the subject of the session, as a human rights field.

Following the reference to the objective of international conventions and their mechanisms and the cooperation of United Nations bodies with them to enable them to carry out their tasks, the role of the other stakeholders was as follows: One of the most important stakeholders was the national human rights institutions because of its privileged position as the interface between civil society and Governments , Which is considered a strong bridge through which the consolidation of visions and coordination of efforts and activating cooperation, therefore, and because of the credibility of the international bodies and mechanisms as well as the confidence of their governments.

Al-Jamali called on national institutions to fulfill their role of protecting and promoting human rights in their countries, which is one of the forms of cooperation with the treaty committees through the submission of parallel reports and follow-up of the implementation of their recommendations.

Mohamed Ali Nsour, Head of North Africa and Middle East Division of the High Commission, stressed the need to support the network and highlight its role at the international level and support its activities. Cooperation with the Network in the organization of international conferences. The Eagles also discussed the role of North Africa and the Middle East, its geographical mandate, its working methods and its tasks in preparing reports for countries within its mandate. As well as the Department’s activities with Governments, civil society organizations and regional organizations. As he addressed during his speech to the post of High Commissioner and his powers and functions.