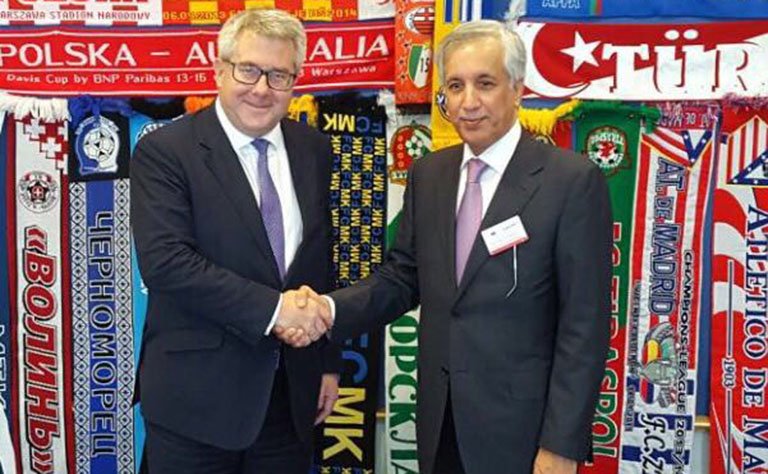 State Minister for Foreign Affairs Soltan bin Saad Al Muraikhi met today with Dirk Achten, Secretary-General, Belgian Ministry of Foreign Affairs during his visit to Belgium. During the meeting, they discussed bilateral relations between the two countries, means of boosting and developing them, in addition to a number of regional and international issues of common concern.

Qatar State Minister for Foreign Affairs met also today with Vice-President of the European Parliament Ryszard Czarnecki. During the meeting, they discussed Qatari-EU relations and ways of supporting and advancing them, as well as a range of regional and international issues of common concern