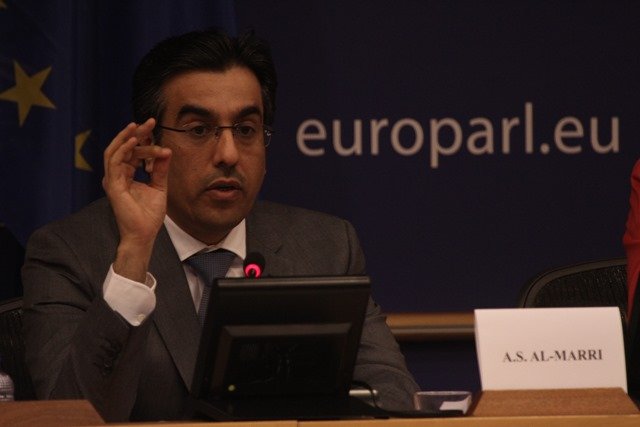 Dr. Ali bin Samih Al Marri, Chairman of the National Committee presented a paper on the role of National Human Rights institutions in the promotion and protection of human rights – Qatar as a model.

The seminar comes within the framework of a European tour of the Commission, which will include the headquarters of the European Union in the Belgian capital Brussels and the German capital Berlin.

In his speech, Dr. Al-Marri discussed legislative and institutional developments aimed at enhancing the human rights march in many areas in the State of Qatar.

While the fourth phase of the evaluation comes through a symposium bringing together all concerned parties on the rights of persons with disabilities and measuring the achievement of the plan for its main objective in achieving independent monitoring of the implementation of the Convention and the sub-goals stated in the plan.

Al-Marri pointed out on number of issues related to the protection of the rights of children and women. He said that the committee submitted a proposal for a law banning the use of children in camel racing, pointing out that all children in Qatar have the right to education. The law stipulates that education is compulsory and free from the beginning primary to middle school or age 18.

With regard to women’s rights, Al-Marri said that women’s rights have evolved over the past two decades. They have increased the percentage of Qatari women in the public and private sectors. Women have held high positions in the executive branch, the judiciary, On education, where there are equal opportunities for male and female enrollment in all stages of education and the use of information technology. He explained that the committee has submitted a proposal for a law equal to that of women and men in manslaughter, and has responded to its proposals in this regard.

Al-Marri said that recently the draft law on domestic users received the approval of the Council of Ministers in preparation for completing the legislative procedures for its issuance. The law includes setting hours of work, a weekly holiday and many provisions to protect women workers from violence. He pointed out that when the state experienced the difficulty in changing the employer under the sponsorship system, a new law was passed in 2015 that facilitated the transfer of workers from one side to another. The government established a grievance committee to decide within three days on requests to leave the country.

He said: It is also the tasks of the Committee to conduct field visits to penal institutions and correctional places of detention and gatherings of workers and the role of health and education and monitoring the human rights conditions. He added: The law obliges all state agencies and ministries to cooperate with the National Human Rights Commission and provide it with the information it requests. Therefore, the Committee has wide powers through which it could conduct “surprise” visits and praised in this regard the good cooperation of the competent authorities in the State and facilitate its work. He stressed the Committee’s cooperation with all international organizations related to human rights, the most important of which are Amnesty International and Human Rights Watch, which mentioned in most of their reports the cooperation of the National Human Rights Commission.

The Commission has also worked to build bridges of rapprochement between international trade unions such as:
The Qatari government and the International Confederation of Trade Unions, where more than once visits were coordinated and meetings of the Secretary-General of the Federation were organized with Qatari officials.

He said that the Committee had noted that many of the challenges faced by workers right from the recruitment process in their countries. For this reason, it has begun building relations with trade union organizations in the countries of origin of the workers. Representatives of the Commission in 2010 visited India, Sri Lanka, the Philippines and Nepal where they met with representatives of trade unions, national human rights institutions and workers’ organizations to discuss the challenges until they reach the State of Qatar and to find the necessary proposals to modify procedural frameworks in their countries.

“The committee was able to continue this discussion on ways and means of addressing some of the challenges facing the workers’ situation. The committee received trade union representatives from Nepal, Sri Lanka and the Philippines in Qatar, Dr. AlMarri told.