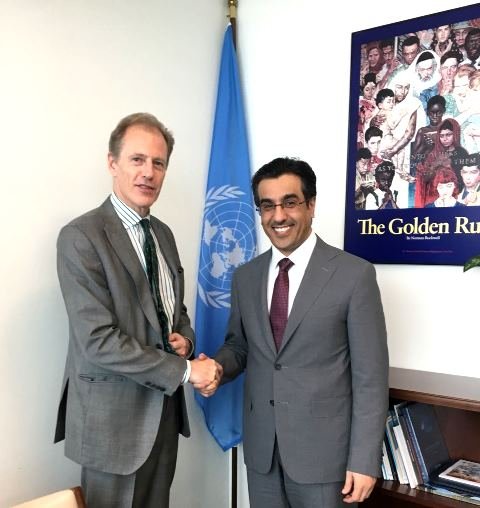 The National Human Rights Committee conducted extensive moves in New York to explain the effects of the embargo on the State of Qatar, both on the material and moral levels, and to establish mechanisms for international legal guarantees for the recurrence of such violations under any circumstances related to disputes and political differences.

Al-Marri stressed on the importance of moving quickly to reduce violations of the basic human rights principles that have been exposed to the citizens of the State of Qatar and residents of the country from the GCC and other nationalities.

He pointed out on the importance of distancing humanitarian issues from the political reality.

Al-Marri said ‘The political differences, whether long-term or short, the solution to the issue is left to the politicians and diplomats, but the violation of human rights is not waiting for political negotiations.

He thanked the Office of the High Commissioner for Human Rights for its efforts in adhering to the legal approach to lifting impunity for victims of humanitarian violations. He pointed out that the National Human Rights Committee in Qatar has strong partnerships with the Office of the High Commissioner and has previously organized with them recently five international conferences, the most recent of which was the Conference on Human Rights Approaches in Conflict Situations in the Arab Region last February.

Al-Marri said that NHRC is committed to cooperate and stand with the UNHR.

He also paid his gratitude towards UNHRC support and efforts of the Middle East and North Africa Division.

Dr Al Marri assured that NHRC Qatar is always ready to support the United Nations Training and Documentation Center (Doha) And the Bureau.