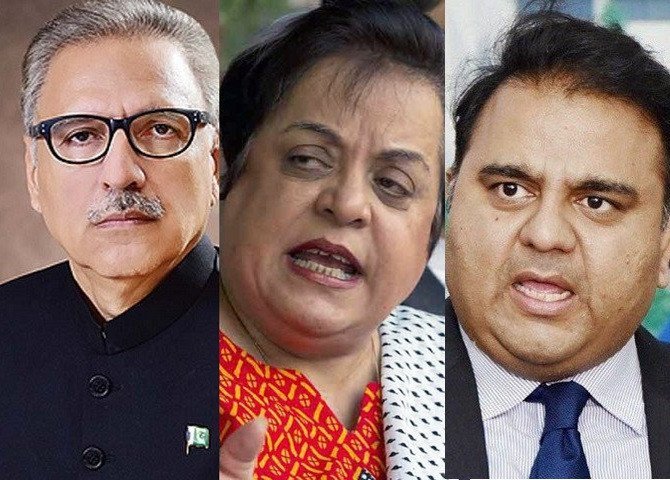 President Dr. Arif Alvi distanced himself on Monday from the Pakistan Tehreek-e-Insaaf (PTI) Chief and deposed prime minister Imran Khan’s remarks concerning the army chief and said that he should “clarify the comments himself”.

Speaking to journalists at the Governor House in Peshawar the president said that he “did not want to cause any confusion” as he urged Imran to offer an explanation for his statements.

Prime Minister of Pakistan, Shehbaz Sharif and other coalition leaders on Monday castigated PTI Chief Imran Khan for levelling “poisonous allegations” against the armed forces and “putting blots” on the appointment of the new army chief.

Their comments come a day after Imran, at a rally in Faisalabad, alleged that the PPP and PML-N were opposing fresh elections, because they wanted to “appoint an army chief of their choice” in November to save their skin in corruption cases.

“They want to bring their own army chief…they are afraid that if a strong and patriotic army chief is appointed then he would ask them about the looted wealth,” the former prime minister said.

“They are sitting [in the government] because they want to bring in an army chief of their choice through joint efforts,” Imran claimed, adding that the army chief should be “appointed on merit…whoever is on the top of the merit list should be appointed” to head the institution.

Gen Qamar Javed Bajwa, who was appointed in 2016, is set to retire in the last week of November. The army chief’s appointment is meant to be for three years, but Gen Bajwa was given an additional three year term in 2019 after a bit of political drama.

Responding to the PTI chief’s statements, PM Shehbaz, in a tweet today, said that Imran’s “despicable utterances to malign institutions” were touching new levels every day. “He is now indulging in direct mud-slinging & poisonous allegations against Armed Forces & its leadership,” he said, adding that Imran’s “nefarious agenda” was aimed at disrupting and undermining Pakistan.

In a separate statement published in ISPR Website, official media arm of Defense Forces of Pakistan said that ‘ Pakistan Army is aghast at the defamatory and uncalled for statement about the senior leadership of Pakistan Army by Chairman PTI during a political rally at Faisalabad.

Regrettably, an attempt has been made to discredit and undermine senior leadership of Pakistan Army at a time when the institution is laying lives for the security and safety of the people of Pakistan every day. Senior politicians trying to stir controversies on appointment of COAS of Pakistan Army, the procedure for which is well defined in the constitution, is most unfortunate and disappointing.

Pakistan Army reiterates its commitment to uphold the constitution of the Islamic Republic of Pakistan’ (unquote).

Pakistani people are stunned, watching surprisingly and are astonished on Imran Khan’s damaging repeated speeches to create political instability; economic destruction; instigating his fans for violation and civil disobedience in severe situation when half of the population is displaced from unprecedented floods in the country and have caused large destruction.

Free hand given to Imran Khan by the coalition sitting government, day today Courts facilitations on his serious criminal acts are adding to the confusion of people of Pakistan – what is the helplessness of national laws and of the concerned institution/s ?

Doha, 24 Sept. 2022 (QE) QatarEnergy announced that it has selected ...
END_OF_DOCUMENT_TOKEN_TO_BE_REPLACED