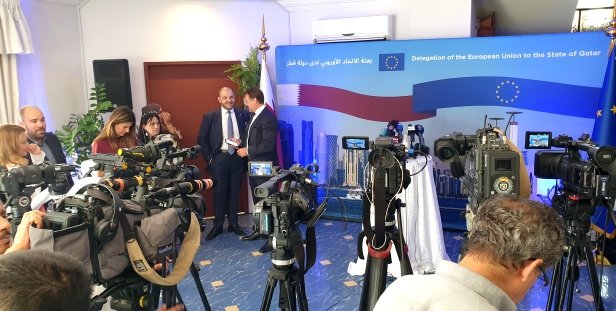 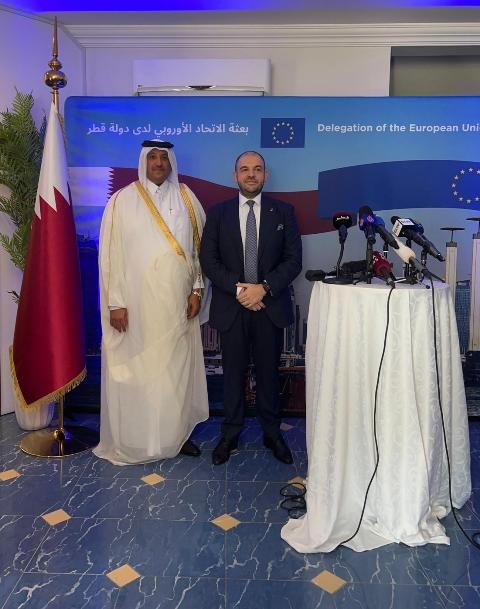 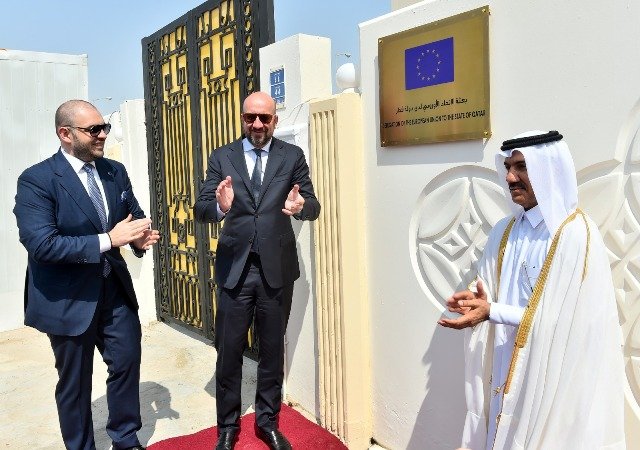 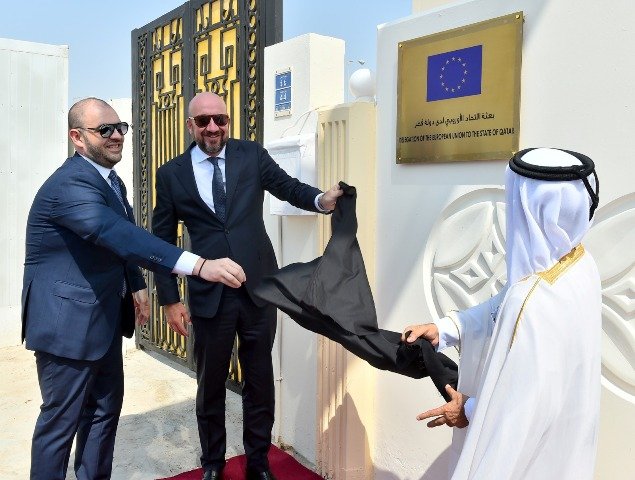 European Union Council President Charles Michel inaugurated the premises of the European Union mission in Qatar this morning in Doha.

Charles Michel said his visit to Qatar and the inauguration of the premises of the EU Delegation in Doha was an important sign of the political will of the EU for improving its relations with Qatar.

He added that the world is facing global challenges in the energy sectors, economic development and security challenges, which reinforces the conviction that cooperation with Qatar is an important way to jointly overcome various difficult challenges.

Michel pointed out that he had conducted a number of meetings and political consultations with officials in Qatar, expressing his confidence that remarkable progress would be made on important issues of common interest, for example exempting Qatari citizens from entry visas to the EU, and taking other important decisions concerning relations between the two sides in the coming weeks.

He noted the common aspirations and goals between the EU and Qatar, and their keenness to make more efforts related to achieving security, stability and prosperity in all fields.

Dr Cristian Tudor expressed great happiness and appreciation for being appointed as the resident ambassador of the EU to Qatar and head of the EU mission in Doha, noting that the opening of the mission premises reflects the EU’s interest in Qatar.

He praised Qatar’s great role and its efforts to bring security, stability and peace to the region and the world. Regarding hosting the FIFA World Cup Qatar 2022, Tudor praised the achievements, reforms and updates made by Qatar to host this tournament, affirming the readiness of the EU to provide support in various fields for the success of this global sporting event.

Abdulaziz bin Ahmed Al Malki, Ambassador of Qatar to European Union (EU) and North Atlantic Treaty Organization (NATO) said that political consultation meeting between Qatar and European Union will be held in Doha at the end of this month as part of many projects between the two parties.

On the sideline of the official opening of EU mission in Doha, talking with www.asiantelegraphqatar.com, he said that Qatari delegation will be led by Minister of State for Foreign Affairs, Sultan bin Saad Al Muraikhi, while the EU team will be headed by EU Coordinator Enrique Mora.

He said that the political consultation meeting will be another milestone in the existing bilateral relations between Qatar and .EU.

Ambassador Malki said that political consultation meeting will cover a wide range of topics. “The meeting is what we are eagerly looking forward to. This will add value to many issues that Qatar and EU want to take further on different strategic levels in future. We are building many bridges between EU and Qatar on many aspects,” he said.

He said the first visit of EU Council President Charles Michel to Qatar was a good opportunity for the official opening of European Union Mission in his presence, describing it as an added value to the bilateral relations between Qatar and European Council as well as European Union.

Malki, who is the first ambassador of Qatar to EU and also represents in NATO, said that Qatar mission to Brussels will hold its soft opening in October to further
strengthen the relations with EU and the NATO.

Replying to a question on the present status of waiver of visa for Qatari nationals to visit EU states, he said, “We have already completed two milestones towards finalising requirements which are approved from EU Commission and voted in favour of by the 27 members EU Council. The remaining and final step we waiting for is the approval from EU parliament.”

Doha, 24 Sept. 2022 (QE) QatarEnergy announced that it has selected ...
END_OF_DOCUMENT_TOKEN_TO_BE_REPLACED