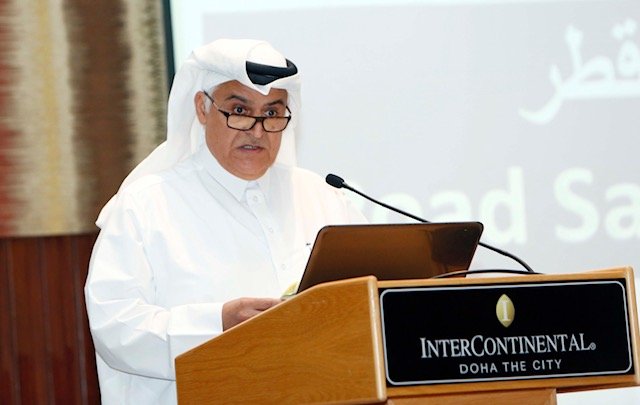 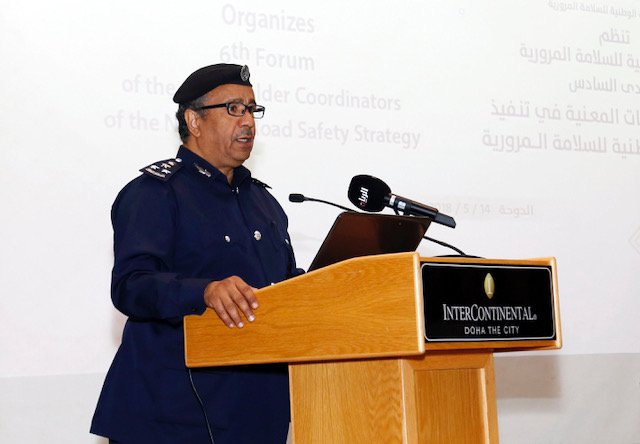 The National Traffic Safety Committee held it’s sixth Forum of the Stakeholder Coordinators of the National Road Safety Strategy. The Forum was organised within the framework of the second phase of the implementation of the National Strategy for Traffic Safety (2018-2022), titled “Accomplishment of Goals” phase, which aims to enhance the role of stakeholders in the implementation of the Strategy.

Brig. Mohamed Saad Al Kharji, Second Vice President of the National Traffic Safety Committee and Director General of Traffic Department, emphasized that the forum coincided with the completion of five important years in the implementation of the first phase of the national strategy for traffic safety, which was launched in mid-January this year. He pointed out that the implementation of the second phase of the strategy requires extraordinary efforts, cooperation from all sides and unparalleled implementation mechanism to address traffic problems and the achievement of the 2022 goals with high efficiency.

He said that the first phase of the implementation of the strategy (2013-2017) achieved remarkable results, which resulted in a decrease in the mortality rate in 2017 to 177 cases, an average of 6.6 cases per hundred thousand people. This indicated the high level of progress achieved by the State of Qatar in reducing fatal road accidents.

Brig. Al-Kharji pointed to the plans for the development of the objectives of the strategy, during its second phase, which aims to reduce the number of deaths due to traffic accidents to 130 annually by 2022 and reduce the number of serious injuries to 400 by 2022. It also aims at the implementation of the United Nations goals for sustainable development related to reducing congestion, developing urban planning, road and transport networks, improving traffic safety, and linking improved traffic safety with economic growth, national security and population policy.

Brig. Engineer Mohammed Abdullah Al Maliki, Secretary of the National  Traffic Safety Committee said that the goal of the Committee is to put the State of Qatar at the forefront of the region’s most advanced countries in the field of roads, transport and traffic safety by building an integrated transport system in accordance with national strategic vision. The system included the formulation of policies and plans and work on developing them, evaluating traffic problems and proposing methods of treatment, providing theoretical and technical consultation to the competent authorities, in addition to following up the progress of the achievement and strengthening coordination among the various stakeholders.

Eng. Yousef Al-Emadi, Director of the Highways Department at the Ashghal, delivered a speech on behalf of HE Dr. Saad Al-Mohannadi, Chairman of the Public Works Authority and a member of the Committee. He said that the Public Works Authority started a new era in implementing its projects and achieving its vision in line with Qatar National Vision 2030 to achieve the highest safety rates in the road network in Qatar. In this context, Ashghal aims to enhance the objectives of the National Traffic Safety Committee and the National Traffic Safety Office by providing extensive logistical support and implementing the plans entrusted to it.

He added that the Public Works Authority strives to implement several projects listed in the plan and has been able in the past years to complete several projects to achieve road safety such as the development of a comprehensive road safety monitoring system including key performance indicators for the road network through the International Road Assessment Program (IRAP) as well as accident analysis, road assets information, guidelines for temporary traffic management, road safety assessments and maintenance standards for the State of Qatar.

He pointed out that the Department of Maintenance of roads related to safety also completed 36 projects in the period from 2014 – 2017 including 371 bicycle tracks, where the aim of the work during the next five years is to complete a number of projects including 1543 kilometers of road works and 2000 km of footpaths, In addition to 1028 km of bicycle tracks.

He added that Ashghal will implement during the five-year plan 2018-2022 a total of 25 implementation plans for road safety assessment and follow-up, including safety of work sites, traffic congestion management, intelligent transportation system and road safety which includes an emergency team to respond to the urgent maintenance and study of guidance boards and ensure the safety of pedestrians and management of traffic congestion during the hosting of the World Cup 2022.

Speaking at the event Dr. Sheikh Mohammed bin Hamad Al-Thani, Director of the Public Health Department at the Ministry of Public Health and member of the National Traffic Safety Committee said that despite the rapid population growth in Qatar, emergency services and emergency medical response have witnessed a major development. We aim to provide the best services, such as flying ambulance and high-quality 24/7 emergency care services and reducing the incidence of disabilities due to accidents via Qatar Rehabilitation Center, which is the largest specialized hospital of its kind in the region, he added.

Rashed Taleb Al Nabit, Assistant Undersecretary for Land Transport Affairs at the Ministry of Transport and Communications said that the work has started to link between different means of transportation in the country in order to serve users, ease transportation and reduce congestion and pressure on road networks.

Prof. Kim Jraiw, Manager of the National Road Safety Office emphasized the importance of cooperation between government institutions, the private sector, civil society organizations and all sectors of the society in order to make great, sustainable and unprecedented efforts, to move away from traditional operational practices and to adopt effective initiatives to achieve the desired goals.