Moon-Kim Summit Likely to Hold in September, US Sanctions to Lift After Denuclearize Only 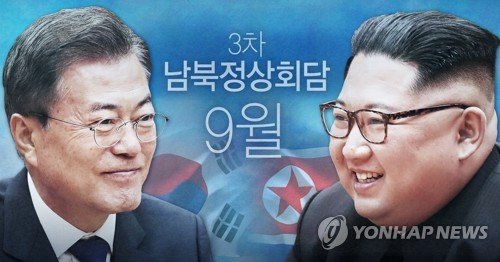 U.S. President Donald Trump has said that he wants to lift sanctions on North Korea, but only after the regime gets rid of its nuclear weapons.

It was the third time this month that Washington has slapped sanctions against Pyongyang, demonstrating the U.S. commitment to increase pressure on the regime until it fully denuclearizes.

Trump recalled his landmark June meeting with Kim in Singapore, where the two agreed to establish “new relations” and work toward the “complete denuclearization” of the Korean Peninsula in exchange for U.S. security guarantees.

North Korea has taken some steps to dismantle a missile engine testing site and its only known nuclear test site. But experts say those steps are hard to verify without outside inspection.

Still, Trump has held out hope that Kim will “honor” their agreement and floated the possibility of holding a second summit.

South Korean President Moon Jae-in will travel to North Korea sometime next month for another summit with its leader Kim Jong-un, but he may be delaying his trip as it may serve as a valuable chance to rid the communist state of its nuclear weapons should ongoing efforts fail.

In high-level talks held earlier this month, the two Koreas agreed to hold what would be the third Moon-Kim summit in Pyongyang sometime in September.

While North Korea’s chief delegate hinted that his country offered a specific date for the summit, Seoul officials insisted that a date be set later, prompting speculation that the North may be more eager to hold the summit and to do so earlier.

An official from Seoul’s presidential office Cheong Wa Dae has also made it clear that Seoul wishes to wait at least until after Sept. 10.