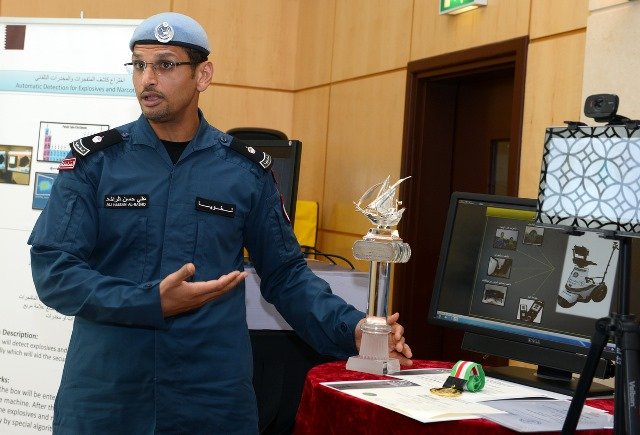 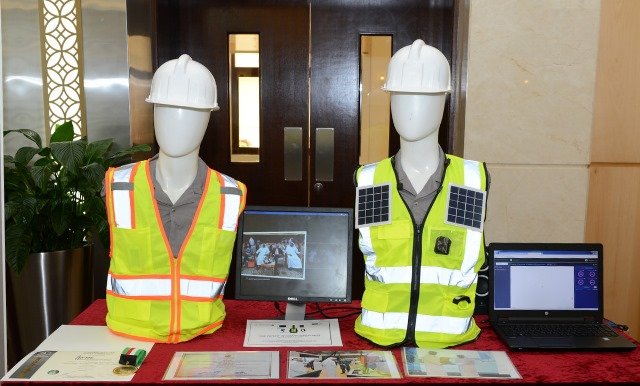 The State of Qatar won top places and gold medal in the field of security innovations at the 11th International Inventions Exhibition in the Middle East held in Kuwait. The Ministry of Interior participated with four innovative devices, which include a Smart Security Investigator, Security Robot, Automatic Detector for Explosives and Drugs and Smart Vest.

Engineer Ali Hassan Al-Rashed said during a press conference held today at the Civil Defense Officers’ Club that Smart the Security Investigator won the Grand Prize (the 11th International Invention Exhibition of the Middle East Cup) and won the first place in the Geneva International Invention Exhibition. It is an innovation that more accurate in detecting contraband and giving indications of suspicious passengers, thus enhancing the efficiency of operating the country’s ports without affecting the capacity of the movement of the departures and arrivals.

He added that the Smart Detector contributes to enhancing security within Hamad International Airport and other ports of the state, to uncover the prohibited things and facilitate the work of airport security personnel in securing this vital facility.

He explained that a natural person has feelings that come directly from the brain through certain signals and cannot control them. The pupil of the eye also expands and tightens without human control. Usually, there are certain signs of the abnormal person so that the temperature of his body is different as well as signs related to the eye. We have been able to develop a specific system to reveal suspected people according to brain indicators, through the signals sent by the brain to the eye. It will provide specific information through which we can know the person’s status, whether he is suspected or that he has used a prohibited substance or otherwise.

The second device is the smart security robot that can detect suspects at the airport and identify the faces of those wanted through fingerprint. It also helps for detection of weapons and explosives and the detection of counterfeit currency and fake credit cards.

Maj. Ali Al-Rashed pointed out that the device is a security robot on a three-wheeled scooter driven by a security man inside the airport. Thermal cameras, sensors, computer monitors and other technical devices are installed on the device, which scans documents, identity papers, currencies and credit cards. The device recognizes suspicious people by measuring the heartbeat if it exceeds the normal limit giving a signal to the security man.

The third device is the automatic explosive and drug detectors, in which Qatar won second place (silver medal). The device is more accurate in the identification of drugs, weapons and explosives, which enhances the efficiency of operation within the ports of the state where the device identifies explosives and drugs of all kinds through a three-dimensional technique.

He added that the device could detect all the components of the bags, including dark corners, and in the case of entering any bag carrying narcotics or explosive materials, even in very small quantities or some weapons. It is detected with a monochromatic source that gives a specific color signal if the bag contains narcotic substances and another color if it contains explosive materials.

The fourth invention, which won the gold medal, was a “smart jacket” that cools the body of the worker working in the external hot sites. This jacket features an intelligent system that measures the body’s vital signals, such as heart impulses and breathing times, and draws its energy through a solar cell fitted with a jacket.

Once the worker’s condition exceeds the normal rates of any number of heartbeats or breathing times or decreases, the jacket sends warning messages via a small computer to the administrator in the control room. It can also reveal whether the worker is stuck on the ground. In light of the indications given, medics help him.

The International Labor Organization (ILO) praised the invention at the annual conference held in Geneva. The organization called on all countries with hot weather in the world to apply this invention from the State of Qatar, making Qatar the leading nation in preserving labor rights and human rights.