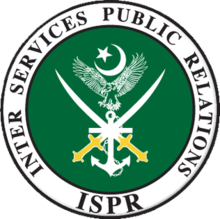 Maj Gen Ghafoor began by providing historical background and context about Pakistan-India ties dating back to Partition, saying that although it had been 70 years since then, “India still hasn’t been able to accept it.”

“Whenever there is supposed to be an important event in Pakistan, or the country is moving towards stability, then there is always some sort of staged incident in either India or occupied Kashmir,” the DG ISPR said, adding that such incidents also seem to occur when India is just months away from elections.

“In Dec 2001 ─ the Indian parliament attack ─ India was supposed to have general elections and the presidential election in 2002, the United Nations General Assembly was in session. It was around this time that an influx of terrorists began on Pakistan’s western border following 9/11.

“When the Mumbai attack took place, our progress in the war on terror was quite good and at this time too, there were to be general elections in India from February to December.

“On Jan 2, 2016, Pathankot happened. The President of the United States’ State of the Union address was due. India was to see state elections and there were foreign secretary-level talks scheduled between India and Pakistan. That was scuttled,” he said.

“The Uri incident happened on Sept 18, 2016, when our prime minister was set to go to the UNGA to deliver a speech,” he added.

“So this pattern shows that whenever in Pakistan there is some important event due, some staged action of this sort takes place,” Maj Gen Ghafoor noted.

He pointed out that there were eight significant events to take place either in Pakistan or involving Pakistan in the period Feb-March 2019:

The DG ISPR also observed that India was to hold elections in the coming months even as “an indigenous struggle in occupied Kashmir is at its peak and out of India’s control”.

“In light of these events, what benefit would Pakistan get from [involvement in] the Pulwama attack?” he questioned.

“I’ll leave it to you to judge who is benefiting from all this.”

‘India should question its security forces’

The DG ISPR also noted certain technical details regarding the Pulwama attack and the claim of responsibility made in a video by a Kashmiri youth that made it appear doubtful that Pakistan had any role in the attack.

“India began showering Pakistan with accusations immediately after the attack without sparing a moment to think, and without any evidence in hand,” Ghafoor said.

“From the Line of Control onwards, Indian security forces have layered defences,” he said, explaining that there were layered lines of defence, one after another.

“How is it possible for anyone from Pakistan to cross the LoC and go to some area where the population of security forces is greater than that of locals?”

“You should question your security forces, that ‘You’ve been sitting here for decades, you spend so much on defence, how was this infiltration possible?’,” he stated.

“The Pulwama attack happened miles away from the LoC. The explosives that were employed were being used by the administration and security forces in occupied Kashmir, it didn’t go there from Pakistan,” Maj Gen Ghafoor said. “The car that was used was also local [to Kashmir]. It did not go there from Pakistan.”