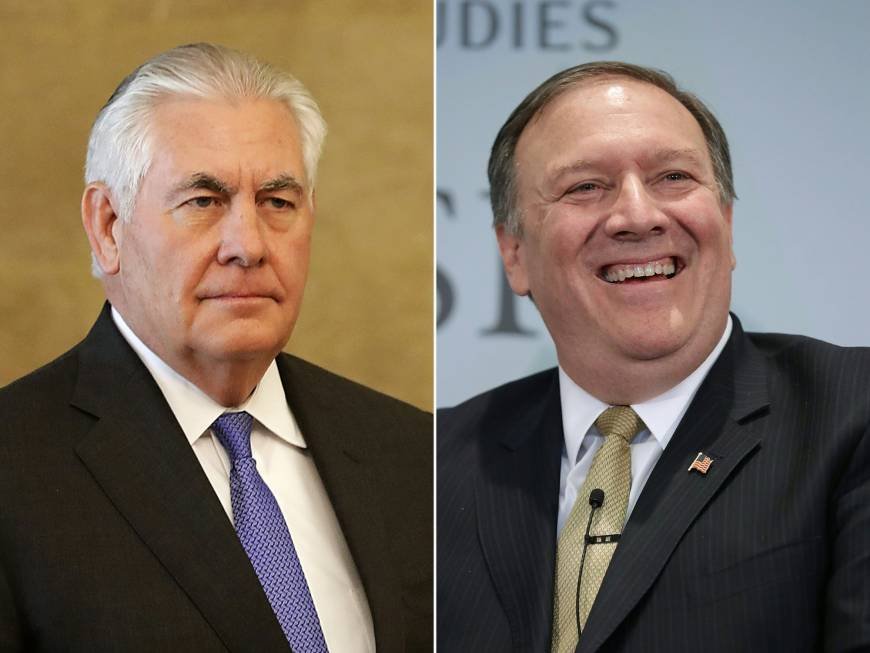 President Trump announced on Tuesday that he had ousted Secretary of State Rex W. Tillerson and will replace him with Mike Pompeo, now the C.I.A. director, ending the 14-month tenure of the nation’s chief diplomat who repeatedly had found himself at odds with the White House on a variety of key foreign policy issues.

“We were not really thinking the same,” Mr. Trump told reporters at the White House, explaining his decision to replace Mr. Tillerson.

Mr. Tillerson found out he had been fired before dawn, shortly after his flight returned from a weeklong trip to Africa, said Steve Goldstein, the under secretary of state for public diplomacy. There was no indication during the five-nation visit that Mr. Tillerson’s departure was imminent; Mr. Goldstein said on Tuesday morning that the secretary had been expected to remain in office for the foreseeable future.

The president did not personally call Mr. Tillerson, and Mr. Goldstein said he did not know how the chief diplomat learned he had been fired.

The move caught even the White House staff by surprise. Just the day before, a White House spokesman berated a reporter for suggesting there was any kind of split between Mr. Tillerson and the White House because of disparate comments on Russian responsibility for a poison attack in Britain.

But on Tuesday morning, a senior administration official said that Mr. Trump decided now to replace Mr. Tillerson to have a new team in place before upcoming talks with Kim Jong-un, the North Korean leader he plans to meet by May. The president also wanted a new chief diplomat for various ongoing trade negotiations.

At the C.I.A., Mr. Pompeo will be replaced by the current deputy director, Gina Haspel, who will be the first woman to head the spy agency. Both she and Mr. Pompeo would need confirmation by the Senate to take the positions.

Mr. Tillerson has been out of favor with Mr. Trump for months but had resisted being pushed out. His distance from Mr. Trump’s inner circle was clear last week when the president accepted an invitation to meet with Mr. Kim, to Mr. Tillerson’s surprise.

Mr. Trump said Mr. Pompeo “has earned the praise of members in both parties by strengthening our intelligence gathering, modernizing our defensive and offensive capabilities, and building close ties with our friends and allies in the international intelligence community.”

“I have gotten to know Mike very well over the past 14 months, and I am confident he is the right person for the job at this critical juncture,” the president continued, in a written statement distributed by the White House. ”He will continue our program of restoring America’s standing in the world, strengthening our alliances, confronting our adversaries, and seeking the denuclearization of the Korean Peninsula.”

In a Twitter post, Representative Nancy Pelosi of California, the House Democratic leader, warned that the turnover at the top of the State Department had diminished the United States with foreign leaders.