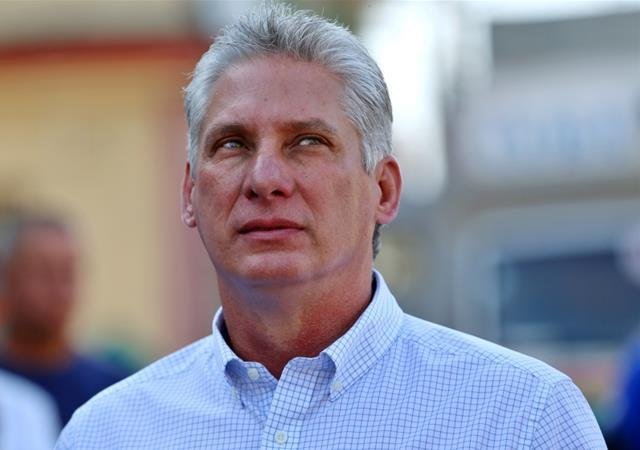 The vote on Thursday marked the end of an era for Cuba, making Diaz-Canel the first person outside the Castro family to rule the country in 59 years.

Raul Castro, the previous president, stepped down after two five-year terms. Raul is the brother of the late Fidel Castro, who overthrew dictator Fulgencio Batista in the 1959 revolution and led the country for decades.

His nomination as the head of the 31-member Council of State was officially confirmed on Thursday. Diaz-Canel was the only candidate.

The Castro family had ruled the socialist nation since the 1959 revolution.

Castro will remain the head of the ruling Communist Party until 2021 and is expected to continue to play an important role in policy decisions.

“The Communist Party of Cuba is more important than the National Assembly or even the Council of State,” said Al Jazeera correspondent Lucia Newman.

“They set the guidelines for the country and Raul Castro is going to remain as head of that old powerful communist party. So certainly Diaz-Canel is not going to be able to run off and become the great-reformer, even if he wanted to and from what we understand that is not his position,” she added.

The transfer of power comes at a precarious time in Cuba’s history. Cuban allies in Latin America have been voted out of government positions across the region in recent years.

A detente between the US and Cuba, longtime adversaries, has slowed after Donald Trump became president in 2017.

Cuba is also facing economic difficulties after Raul, who succeeded his brother Fidel as president in 2008, initiated market-style reforms that were agreed to in 2011. Though the reforms caused a boom in the Cuban economy, they have since slowed.

“Despite the errors and insufficiencies recognised in this plenary, the situation is more favourable than a few years ago,” Castro, 86, was quoted as saying by party newspaper Granma.

Political campaigning is outlawed in Cuba, so little is known about Diaz-Canel’s plans to navigate these challenges.

However, there is reason to believe the presumed president will continue with liberalising social policies, given his past support for LGBT rights, expanded internet access and loosening government controls on media.

Still, Diaz-Canel is not known to support changing Cuba’s government from the one-party system in place since the revolution, a demand from anti-Castro politicians in Washington.

According to Ted Piccone, a senior fellow at the Brookings Institute, the Trump administration will most likely “double down” on its “embrace of punitive regime change” in Cuba after Diaz-Canel assumes power.