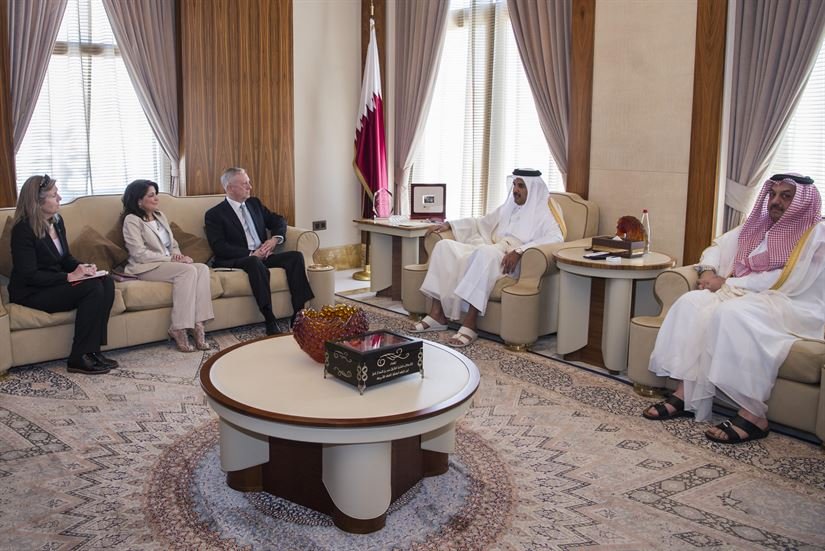 The meeting closely followed a March 27 meeting between the defense minister and Mattis at the Pentagon, the statement said.

‎The secretary reinforced the importance of deepening the U.S.-Qatari strategic partnership and discussed shared security interests, which include the defeat of ISIS, the statement said.

Mattis reiterated the value of the Qatari support to the counter-ISIS coalition as well as the country’s role in maintaining regional stability and security, the statement said.

Picture by US DOD

Sitting to Mattis’ left is his advisor, Sally Donnelly, and Dana Smith, U.S. ambassador to Qatar.