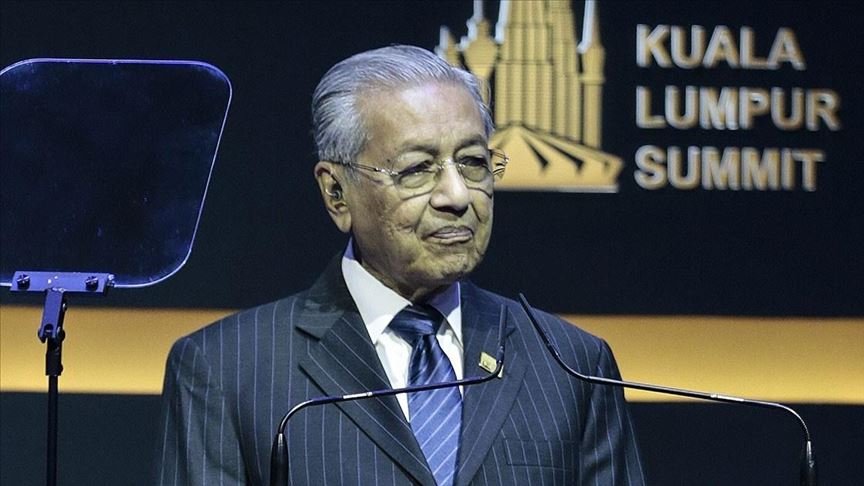 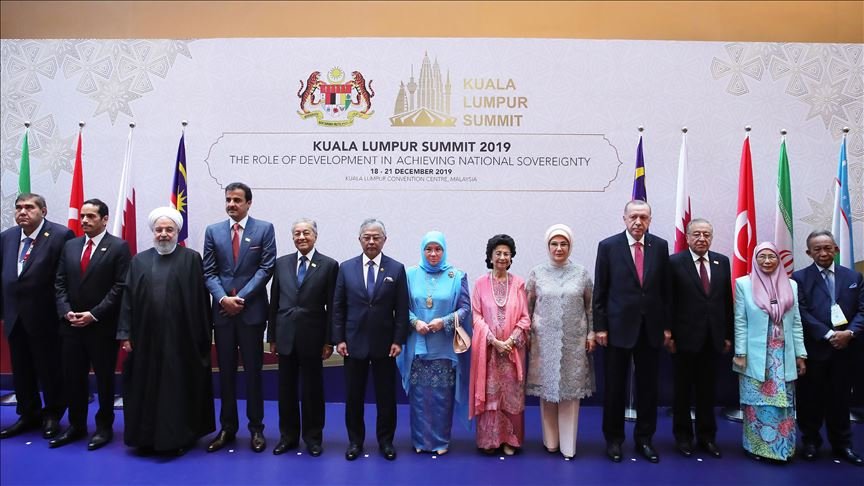 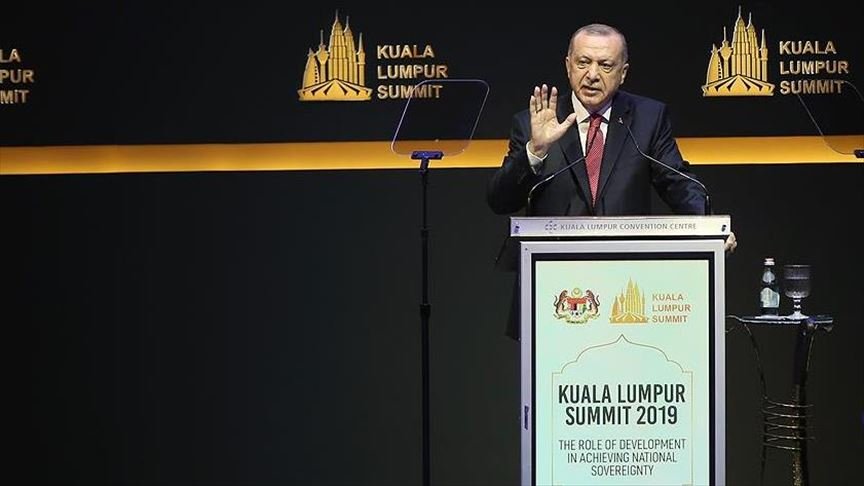 The leaders of Muslim countries around the world underlined the importance of solidarity and unity between Muslim nations during a summit in the Malaysian capital on Thursday.

At the opening ceremony of the Kuala Lumpur Summit, leaders sent common messages on problems facing the Islamic world, including the development of Muslim societies, increasing Islamophobia, the rise of Islamic civilization as well as economy and cooperation.

In an opening speech, Turkish President Recep Tayyip Erdogan said: “The fate of the world’s 1.7 billion Muslims is no longer in the hands of the five permanent members of the UN Security Council.”

Erdogan asserted that a lack of action was the biggest problem facing such platforms that gathered the Islamic World, and was also the reason behind a lack of progress on the Palestinian issue, as well as an inability to protect against resource exploitation and sectarianism.

Erdogan stressed that Turkey did not and would not give in to internal and external pressure to silence it, including through a coup attempt, economic terror and slander.

“As they try to silence Turkey, we insist on calling attention to Palestine, Gaza, the Rohingya, Libya, Somalia and Syria,” he stressed.

‘World is bigger than 5’

Erdogan reiterated that the world is bigger than five, referring to the five permanent UN Security Council members, whose veto power could prove catastrophic for smaller nations.

“The world is bigger than five” is a famous slogan repeatedly used by Erdogan to criticize the permanent council members — China, France, Russia, the U.K. and the U.S.

Referring to Turkey’s fight against the terror groups YPG/PKK and Daesh, he said: “In spite of efforts to legalize terrorism, we are fighting against all terror organizations without exception.”

Under two separate deals with the U.S. and Russia, Turkey paused the operation to allow the withdrawal of YPG/PKK terrorists from a planned Syrian safe zone.

In its more than 30-year terror campaign against Turkey, the PKK — listed as a terrorist organization by Turkey, the U.S. and the European Union — has been responsible for the deaths of 40,000 people.

Turkey also recognized Daesh/ISIS as a terrorist organization in 2013. Since then, the country has been attacked by Daesh/ISIS terrorists numerous times, including 10 suicide bombings, seven bombings and four armed attacks which killed 315 people and injured hundreds.

‘Muslims are in state of crisis’

Speaking at the official opening ceremony of the Kuala Lumpur Summit, Malaysian Prime Minister Mahathir Mohamad pointed out that the Muslim world is passing through “a state of crisis”.

“Understanding the problems and their causes may enlighten us on the way to overcome or mitigate disasters that have befallen the Ummah,” he added, referring to the religious community of Muslims around the world.

Mahathir, who is also a chairman of the summit, said the objective of this year’s event was “not to discuss religion, but the state of affairs in the Muslim world”.

“We are attempting to start small. And if these ideas, proposals and solutions are acceptable and prove to be workable, then we hope to take it up to the larger platform for consideration.”

He underscored the successes of historical Muslim countries in building developed civilizations, underlining that today, no Islamic country could be described as developed, leaving the ummah unguarded.

“While we may not have been able to fully dissect all that had caused our pain and anguish, we are mostly in agreement that it is our inability to keep up with the progress and development of the non-Muslims that has left us in the lurch,” he said.

“Due to that, Muslims the world over suffer and as many are dependent on the mercy and charity of the non-Muslims. To my mind, we have no choice but to develop and progress as fast as possible,” he added.

“We are not discriminating, or isolating anyone. We are attempting to start small in moving forward toward solving our problems,” said Mahathir.

Speaking at the event, Iranian president Hassan Rouhani stressed the importance of sovereignty of Muslim countries.

Rouhani praised the nation and government of Malaysia for organizing this summit and creating a valuable model of peaceful, cultural diversity as well as taking new steps for bridging the east and west of the Muslim world.

“The Muslim world is facing emerging challenges at the national and international level which have impeded development and progress,” Rouhani said.

Of them, cultural and identity crises are among the most significant challenges, he said.

The future roadmap in combating this crisis would hinge on joint efforts to compensate for underdevelopment in information and communications technology as well as establishing national and regional communication networks and increasing the share of Muslim nations in the digital economy, he added.

He regretted the death and destruction in Palestine, Syria and Yemen and turbulence in Iraq, Lebanon, Libya and Afghanistan, which he said were the result of a combination of domestic radicalism and foreign interventions.

He criticized the U.S. for using economic sanctions as a tool to extend its hegemony, urging the creation of special mechanisms for banking and financial cooperation among Muslims as well as the use of national currencies in mutual trade and commerce.