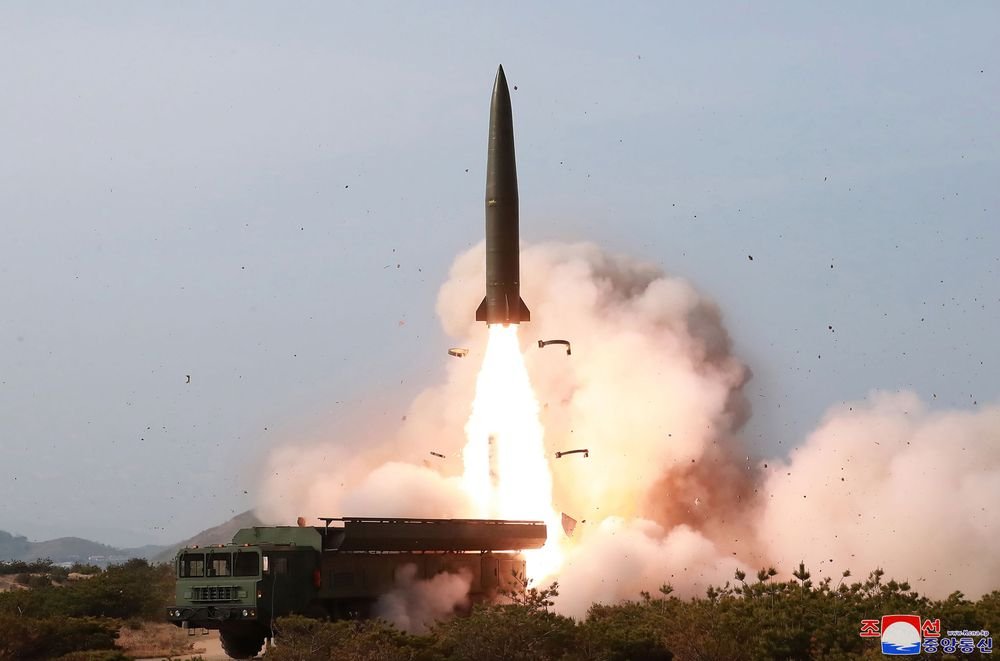 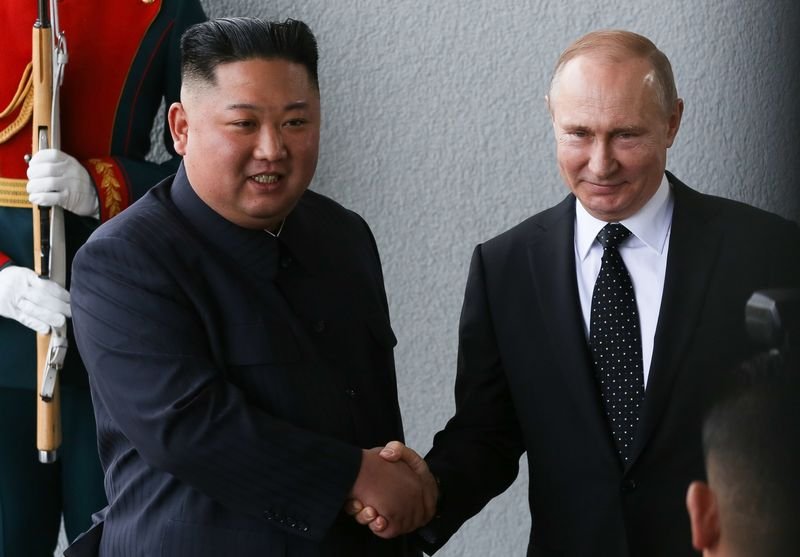 The height and distance traveled by the projectiles were not far, Yonhap said Saturday, adding that a full assessment of the launch has not been completed.

Lawmakers said intelligence officials saw the most recent summit between North Korea’s leader Kim Jong Un and U.S. President Donald Trump that ended without an agreement as the main factor behind the latest launch, Yonhap reported.

Kim watched as “large-caliber, long-range multiple-rocket launchers and tactical guided weapons” were fired off North Korea’s eastern coast Saturday, according to the official Korean Central News Agency. The state media’s report on Sunday was accompanied by a photo of what non-proliferation analysts said appeared to be the launch of a short-range ballistic missile.

While such a test would violate United Nations resolutions imposing sanctions on North Korea, it would stop short of breaching Kim’s pledge to refrain from testing longer-range missiles that could threaten the U.S. “We still believe that there’s an opportunity to get a negotiated outcome where we get fully verified denuclearization,’’ Secretary of State Michael Pompeo said Sunday on ABC’s “This Week.”

“Kim Jong Un may be starting his ‘push-the-line’ strategy, gradually seeing how much Trump will turn a blind eye to,” said Vipin Narang, an associate professor of political science at the Massachusetts Institute of Technology and a member of its security studies program. “Not good.”

South Korean markets are closed for a holiday on Monday. So-called peace stocks, or companies with business ties to North Korea, may move on Tuesday as investors assess the impact. Stocks plunged and the currency weakened after Trump’s summit with Kim was abruptly cut short in February.

Neither U.S. nor South Korean authorities immediately confirmed a ballistic missile launch, which was bolstered by a satellite image from Planet Labs Inc. showing what appeared to be a single missile contrail at the exercise site. South Korea’s defense ministry said Sunday that North Korea tested “new tactical weapons” and artillery that traveled 70-240 kilometers (40-150 miles), without mentioning “missiles.”

Trump had brushed off the incident on Saturday, saying in a tweet that Kim “does not want to break his promise to me.”

Nathan Hunt, an independent defense researcher, said the South Korean statement was “skirting over” North Korea’s ballistic missile launch. “They did indeed test a new short-range missile, or as others call close-range ballistic missile, and this was not just an artillery drill,” Hunt said.

Either way, the exercise was Kim’s most significant provocation since he launched an intercontinental ballistic missile in November 2017, declared his nuclear weapons program “complete” and opened talks. Kim has expressed increasing frustration since Trump refused his demands for sanctions relief and walked out of their second summit in Hanoi in February.