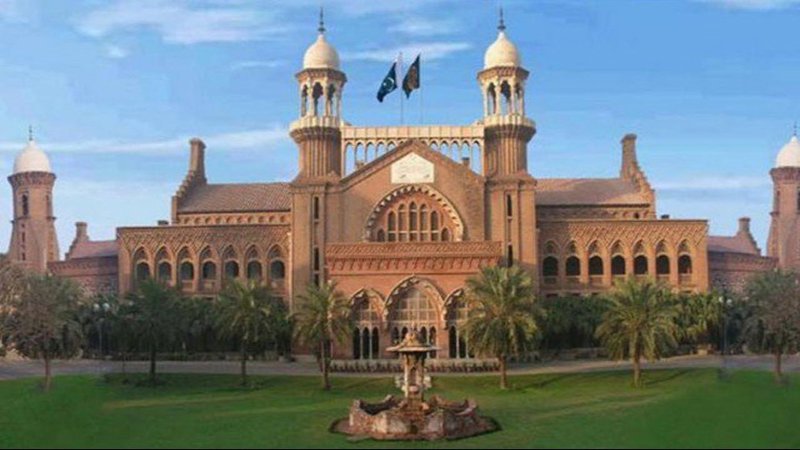 The Lahore High Court (LHC) on Monday directed former prime minister Nawaz Sharif and Dawn staffer Cyril Almeida to appear before the court in the next hearing of a treason case.

The case, which was filed by civil society member Amina Malik through Advocate Azhar Siddique, seeks action against Sharif under treason charges for allegedly trying to defame state institutions in an interview to Dawn, as well as action against former prime minister Shahid Khaqan Abbasi for allegedly not honouring his oath of office by disclosing the minutes of a National Security Council (NSC) meeting to Nawaz.

Noting that Cyril Almeida had failed to appear in the last three hearings of the case, the three-judge bench — headed by Justice Mazahir Ali Naqvi — told the journalist’s lawyer that they would issue non-bailable arrest warrants for him so that he could be taken into custody and presented in court.

The judges asked the lawyer if he could guarantee that the journalist would appear in the next hearing without a doubt, to which the lawyer said he could not provide such a guarantee.

The court subsequently ordered that the journalist’s name be placed on the no-fly list and non-bailable arrest warrants be issued for him, saying he must appear on October 8.

The court also raised questions over Nawaz Sharif’s absence from the proceedings, to which the lawyer said that he was set to appear but was unable to do so because of the mourning period for his wife Begum Kulsoom Nawaz’s passing.

The judges directed that the ousted premier appear before the court in accordance with law and summoned him on Oct 8.

Former PM Abbasi, represented by lawyer Naseer Bhutta, was present in today’s hearing. Earlier in September, the LHC had issued bailable arrest warrants for Abbasi for not appearing in court.

Soon after the publication of Sharif’s interview, Indian media had blown up his remarks, terming it an admission on part of the former prime minister that non-state actors from Pakistan were involved in the Mumbai attacks in which terrorists had killed more than 150 people and injured over 300 others in about a dozen shooting and bombing attacks in different localities.

The NSC, after a meeting, had issued a statement saying: “The participants observed that it was very unfortunate that the opinion arising out of either misconceptions or grievances was being presented in disregard of concrete facts and realities. The participants unanimously rejected the allegations and condemned the fallacious assertions.”

It is pertinent to mention that the NSC statement had not named Nawaz while addressing the controversy around the ‘misleading’ comments about Mumbai attack. Soon after the NSC meeting, Prime Minister Shahid Khaqan Abbasi in a press conference had clarified that the NSC had in fact condemned “misreporting” and not his party’s supreme leader’s statement.

Nawaz had rejected the NSC statement describing it as “painful and regrettable”, and said that it was “not based on facts”.

The petitioner has contended that after an NSC meeting held to discuss Sharif’s “misleading” statement, Abbasi had met the ousted premier and conveyed to him the concerns of the military leadership, adding that this act had been a violation of Abbasi’s oath as PM as he was not bound to allow his personal interest to influence his official conduct.

The petitioner had pleaded that Sharif had committed sedition by rejecting the NSC statement and was liable for action as per the Constitution and the Pakistan Penal Code, and also sought action against Abbasi for violation of oath through his disclosure of the minutes of the NSC meeting to Sharif.

Court had issued notices to Sharif, Abbasi and Almeida to appear in court for hearing of the case which had been adjourned since June due to elections on Abbasi’s request.