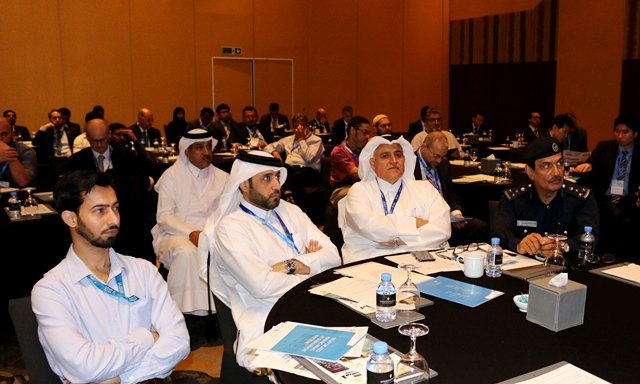 He said smart parking not only saves almost 50 % of construction cost but it saves also a major part of the land which has much higher value in countries like State of Qatar. Cho told that his company has already completed over 130 construction sites in this regard.

He mentioned that among other additional features include long construction life since its a steel structure and easy to move to any other place.

During the presentations on the first day of the conference, Brig. Mohamed Al Malki, General Secretary, National Traffic Safety Committee, Ministry of Interior, Qatar was also present along with Qatari authorities and participating experts.

He said presently through effective implementation of road safety measures such as better road design, traffic awareness among road users and efficient rescue operation have led to a drop in the fatality rate to impressive 7.5 per 100,000 population as per 2016 statistics figures. He told that by 2022, he believes that Qatar will achieve it’s target of minimizing road accidents from 227 in 2015 to 130 by 2022, i.e. six per 100,000 population rate. Dr. Kim told that in 2016, Qatar achieved a reduction of 49 fatalities from 227 (2015) to 178 which is impressive achievement.

On road safety progress in Qatar, 2015 has been identified as the base year for the 2016-2022 action plan. Qatar is also signatory to UN resolution of 2015 on Road Safety in order to promote road safety.

In his presentation, Dr. Kim told to participants that Qatar National Traffic safety Committee was established in 2013 and since then it has brought down the number of road accidents per 100,000 people from 14 in 2013 to 7.5 in 2016 inspite of increase in number of vehicles on the road year by year.

He said major road projects will be completed within 2-3 years, then a smooth flow of traffic will certainly contribute to reducing accidents significantly.

18,146 new driving licenses were issued during last two months in Qatar and 13,438 new vehicles are registered in same period.