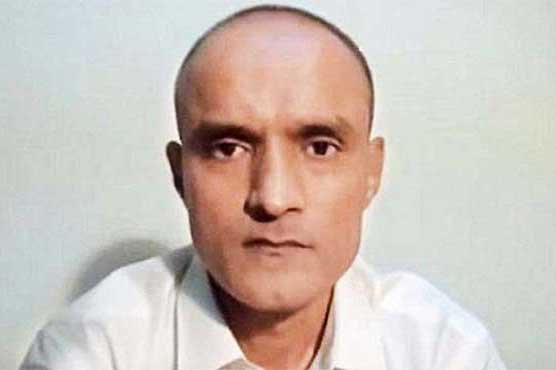 The spy has been tried through Field General Court Martial (FGCM) under Pakistan Army Act (PAA) and awarded death sentence.

RAW agent Commander Kulbushan Sudhir Jadhav was tried by FGCM under section 59 of Pakistan Army Act (PAA) 1952 and Section 3 of ofﬁcial Secret Act of 1923. FGCM found Kulbushan Sudhir Yadhav guilty of all the charges. He confessed before a Magistrate and the Court that he was tasked by RAW to plan, coordinate and organize espionage / sabotage activities aiming to destabilize and wage war against Pakistan by impeding the efforts of Law Enforcement Agencies for restoring peace in Balochistan and Karachi.

The accused was provided with defending ofﬁcer as per legal provisions.

In March last year, authorities released a video in which the Indian spy confessed to New Delhi’s alleged involvement in terrorist activities in Balochistan. He revealed that he had been directing various activities in Karachi and Balochistan “at the behest of RAW”, the Indian intelligence agency, and that he was still with the Indian Navy.

“By 2002, I commenced intelligence operations. In 2003, I established a small business in Chabahar in Iran,” he admitted. “As I was able to achieve undetected existence and visits to Karachi in 2003 and 2004. Having done some basic assignments within India for RAW, I was picked up by RAW in 2013 end”.

He said his purpose was to meet Baloch insurgents and carry out “activities with their collaboration”.