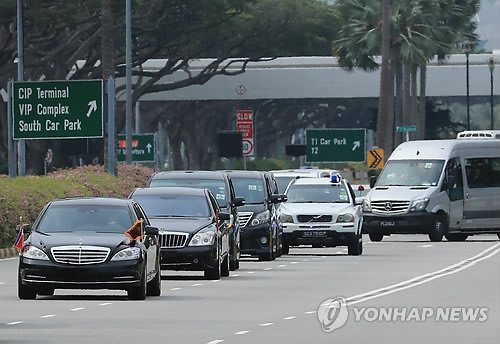 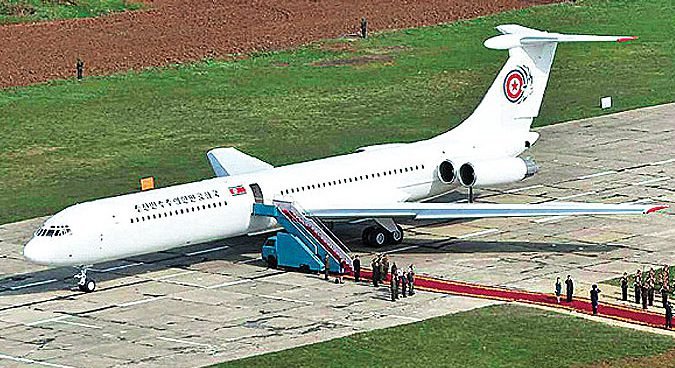 North Korean leader Kim Jong-un flew into Singapore on Sunday, two days ahead of his planned historic summit with U.S. President Donald Trump set to take place in the city-state.

A Boeing 747 Air China flight believed to have Kim on board landed at Changi Airport at 2:36 p.m. (Singapore time), according to a report by The Strait Times.

It is the same airplane detected by flight route-tracking website Flightradar24 departing from Pyongyang at 8:30 a.m. and heading for Singapore. The website confirmed the plane had touched down at the airport.

Trump and Kim are set to meet in Singapore on Tuesday to try to reach a deal on dismantling the North’s nuclear weapons program in exchange for security guarantees.

A motorcade including limousines believed to be carrying Kim was spotted leaving the airport. Police had blocked roads outside Changi’s VIP complex hours before the North Korean leader’s arrival. Security vehicles escorted Kim to the St. Regis Hotel, where he will be staying during the rare trip.

Balakrishnan uploaded on his Twitter account a photo of Kim, clad in a Mao suit, shaking hands with him shortly after he deplaned.

Pyongyang, meanwhile, dispatched three different flights in one day in an apparent attempt to divert attention and keep Kim’s travel discreet for security reasons. It sent a cargo plane at dawn, followed by a Chinese jet and then his private plane. Which flight Kim had boarded was not immediately known.

Kim will likely spend the remaining days at the hotel focusing on last-minute preparations with his top officials for Tuesday’s summit.

Trump is also on his way to Singapore from Canada after attending the Group of Seven leaders’ meeting in Canada from Friday to Saturday. He’s expected to land at Singapore’s Paya Lebar Air Base later in the evening.