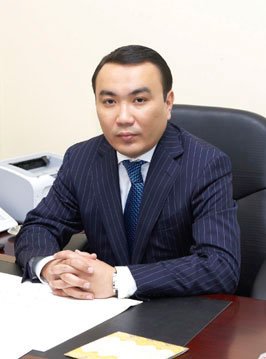 ASTANA – In an exclusive interview with this newspaper, Askar Shokybayev, Kazakhstan’s recently appointed ambassador to the State of Qatar, shared his views on his country of appointment, its relations with Astana, and their future outlook.

Allow us to take this opportunity to congratulate you on your recent appointment as Kazakhstan’s Ambassador Extraordinary and Plenipotentiary to the State of Qatar. Tell us about your first impressions of the country and what it represents today.

Thank you very much. Indeed, I arrived in Qatar in November of last year. In that short time, my family and I have formed the most positive opinion about the country and its people.

Only ten or fifteen years ago, few people in the world knew about the existence of this country, small by territory and population, but in recent years Qatar loudly declared itself by entering the elite of the Arab world leaders. According to popular belief, the main credit for this belongs to the Emir Father Sheikh Hamad bin Khalifa Al Thani. Thanks to his active efforts and reforms, Qatar has become one of the most progressive Arab states, actively involved in resolving major regional conflicts and developing partnerships with countries around the world.

As you know, the basis of the country’s economy is the oil and gas sector, the incomes of which provided Qatar with one of the top places in the world in terms of GDP per capita.

The country’s capital, Doha, has grown from a small town to a real pearl of the Persian Gulf and centre of regional and international politics, economy, culture and sports.

The country is opening world-class universities and building modern offices and residential buildings. In 2022, Qatar will host the football World Cup, which will be held for the first time in the Middle East. As part of its preparations, a range of large-scale infrastructure projects is developing.

It is also worth mentioning such famous brands as Qatar Airways, Al-Jazeera and Qatar Foundation, which also make a significant contribution to strengthening the international image of the State of Qatar.

What can you say about the current state of bilateral cooperation between the countries?

Diplomatic relations between Kazakhstan and Qatar were established on July 1, 1993. Over the years, Kazakhstan has acquired a reliable and constructive partner in the Middle East and more globally on the international arena. Our countries have repeatedly reaffirmed their political will and interest in the development of friendly relations and mutually-beneficial cooperation.

Today, Kazakhstan and Qatar have similar positions on many important international issues and interact with a number of international and regional organisations in favour of strengthening the atmosphere of stability and trust in their regions.

The development of bilateral relations in the fields of culture, sports and environmental protection should also be noted.

Since the first days of its independence, the Republic of Kazakhstan has pursued a policy aimed at comprehensive expansion and deepening of mutually-beneficial cooperation with the Arab countries of the Gulf, including Qatar, and considers this country as its important partner in the Arab and Muslim world.

Kazakh-Qatari relations have gained significant activity in recent years. Warm and friendly relations between our heads of state created a favourable environment for deepening bilateral cooperation.

On January 19, 2014, the first official visit of the new Emir of Qatar Sheikh Tamim bin Hamad Al Thani to Kazakhstan took place. During the visit and talks with President Nursultan Nazarbayev, the sides discussed a wide range of issues of bilateral cooperation and signed a number of important agreements aimed at further deepening the fruitful interaction between Astana and Doha.

In the near future, a number of heads of Qatari governmental bodies will visit Kazakhstan. It is expected that these visits and talks with the leaders of Kazakhstan will be real steps for the development of our bilateral cooperation.

How long has the Kazakh Embassy in Qatar been functioning and what issues does it deal with? What is the Kazakh diaspora in Qatar like?

Our embassy in Doha was opened in May 2007 shortly after the visit of the President Nazarbayev. It is small and only includes three diplomats and administrative and technical staff that lead the entire spectrum of bilateral cooperation with the State of Qatar in political, economic, cultural, humanitarian and other spheres.

In addition, the embassy is carrying out the consular mission which includes the protection of the rights and interests of our citizens in Qatar. Currently, its territory is home to about two hundred Kazakhs working mainly in oil and gas companies and facilities, as well as our compatriots who married foreigners. It’s not a lot compared to some other countries, especially the neighbouring United Arab Emirates, where there are thousands of permanent Kazakh residents and tens of thousands of tourists from our country visit daily. At the same time, I want to note the great cohesion of our diaspora which is constantly involved in all public events of the embassy, ​​socialising and contacting with each other.

Is the leadership of Qatar familiar with the text of “Nurly Zhol – The Path to the Future,” the address of President Nazarbayev to the people of Kazakhstan?

One of the functions of embassies is promotion activities, including the promotion of the President’s address. Currently, we are working to acquaint officials and political and business circles of Qatar as well as the diplomatic corps in Doha with the basic provisions of the address.

The focus is made on strengthening the investment component of bilateral cooperation and involvement of Qatari investments to the economy of our country in line with the objectives of the “Nurly Zhol – The Path to the Future” programme.

Speaking about investments, how do you assess the prospects of investment cooperation with the State of Qatar and attracting its funds to the economy of our country?

As I said earlier, economic and investment cooperation are among the main priorities of the embassy. Unfortunately, economic relations between the two countries remain low despite their great potential. Currently, negotiations with several major Qatari companies are underway for their entry into the Kazakh market, including energy, mining, agriculture, real estate and so on. In the near future, these companies will visit Kazakhstan to hold talks with their Kazakh counterparties and establish long-term, mutually-beneficial cooperation.

To summarise, I would note that given the increasing role of Gulf countries and in particular the State of Qatar in the Middle East region and the world and their considerable economic potential including investment opportunities, it is important for Kazakhstan to maintain long-term partnerships with these countries.

In this regard, the embassy will do its best to implement promising prospects and the great potential of bilateral cooperation between our countries in all spheres.

Doha, 16 Jan. 2021 As the country continues its gradual lifting ...
END_OF_DOCUMENT_TOKEN_TO_BE_REPLACED

Qatar-USA 2021 Year Of Culture Kicks Off

South Korea Asks Qatar To Help Get Back Ship From Iran