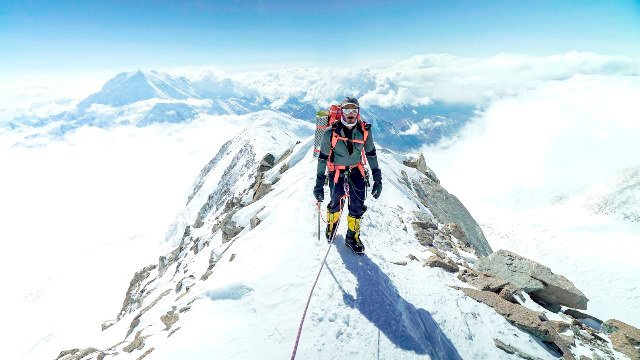 For Sheikh Mohammed Bin Abdulla Al Thani, the extraordinary obstacles that might impede one’s path to achievement are merely challenges to be addressed, met head-on, and ultimately scaled. This philosophy has led His Excellency to reach ever-greater heights in service of a mission to proudly raise the Qatari flag worldwide and inspire a nation.

For the Goodwill Ambassador of Reach Out To Asia (ROTA), a member of Qatar Foundation (QF), no feat has been greater than his June 2016 reaching to the peak of Mount Denali, the highest mountain in North America. Raising the Qatari flag atop the summit, he had achieved more than completing one of the most challenging climbs of his mountaineering career. He had in fact became one of just 350 mountaineers in the world to conquer the ‘Seven Summits’ – a journey His Excellency began in 2009 upon scaling Mount Everest.

Climbing the Seven Summits is regarded as a particularly tough challenge for even the most experienced mountaineers. It involves reaching the summits of mountains that include Mount Everest in Asia, the peak of which is 8,848m above sea level; Mount Aconcagua in South America (6,962m); Mount Kilimanjaro in Africa (5,895m); Mount Elbrus in Europe (5,642m); Vinson Massif in Antarctica (4,897m); and Mount Kosciusko in Australia (2,228m).

“I am extremely proud of having successfully hoisted the Qatari flag on the tallest peaks of each of the world’s seven continents. Like other adventurers taking on demanding challenges, I have encountered several risks and difficulties, but success in reaching these peaks has made all the effort worthwhile,” said His Excellency.

“I believe we must set our targets high and dedicate ourselves to pursuing them despite all obstacles, because beautiful and great things in one’s life do not come easily. With effort, persistence, and commitment, what was impossible yesterday becomes possible today. I am extremely happy with this achievement, which I dedicate to Qatar and to my adventurer friends everywhere.”

As ROTA’s Goodwill Ambassador, His Excellency has contributed to the organization’s projects in several countries, including an educational project in Nepal, where he succeeded with a group of young Qataris in climbing Africa’s Mount Kilimanjaro. He recently gave a lecture at Qatar Academy, a member of QF, on how to achieve success through self-accomplishments. His lecture also touched on charitable work and the spirit of volunteerism.

“We at ROTA are proud of Sheikh Mohammed’s accomplishments. He has elevated ROTA to new heights and promoted our mission and vision by proving that everyone has the opportunity to make a difference within their community, both on a small and global scale,” stated Mohammed Al Naama, Acting Executive Director, ROTA.

“This achievement can never be forgotten, since Sheikh Mohammed, in his capacity as ROTA’s Goodwill Ambassador, has conveyed a message to the world that ‘All people have a right to education: today, tomorrow, and forever’.”