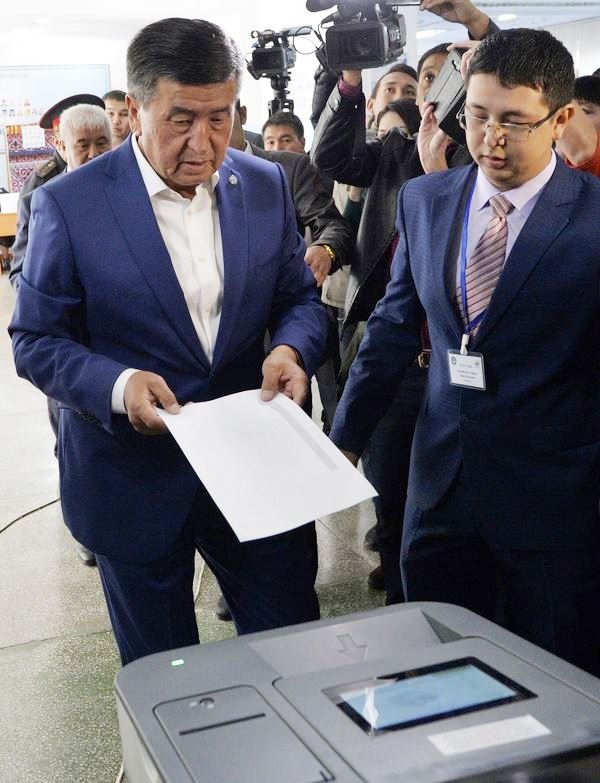 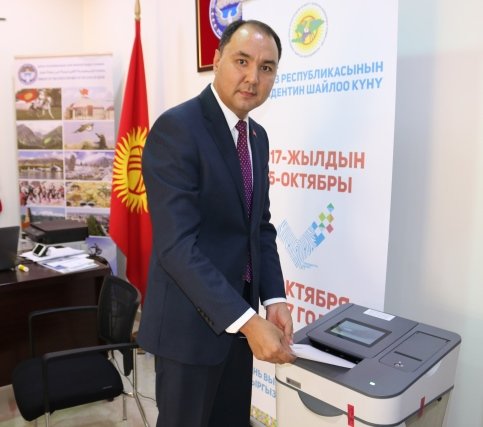 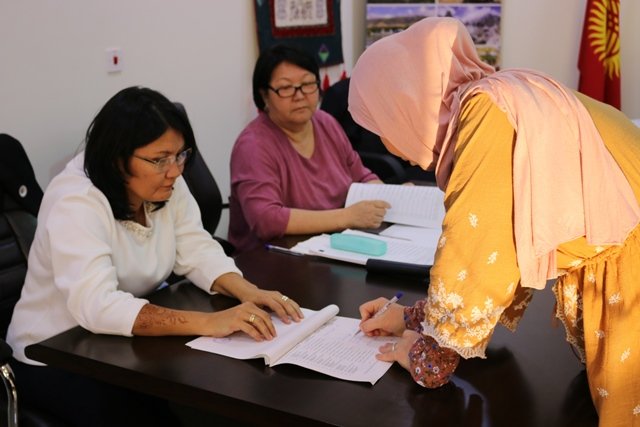 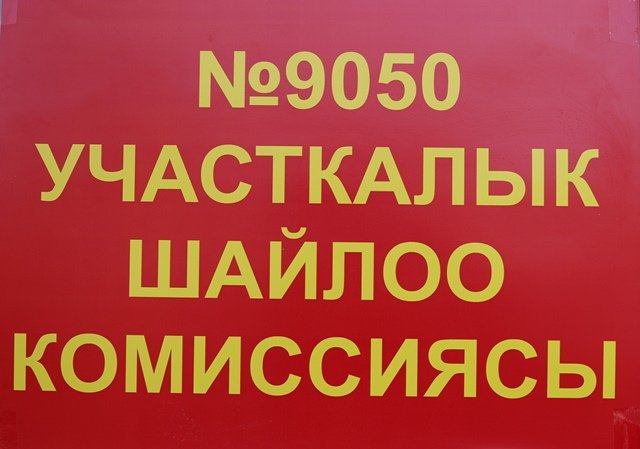 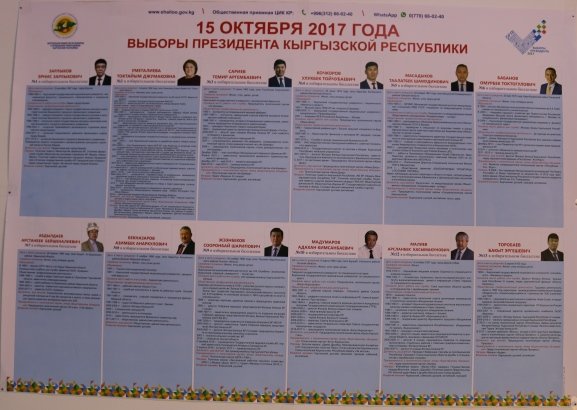 Former Prime Minister Sooronbay Jeenbekov won Kyrgyzstan’s presidential election, according to preliminary official data, as his defeated rival called for unity in the central Asian republic that’s been roiled by political violence in the past.

“Elections were held, one candidate got more votes than anyone else and that means he won,” Babanov said at his campaign headquarters in the capital, Bishkek, as he urged supporters “not to succumb to provocations.” Kyrgyzstan “needs stability” and the new president’s first task should be to unite people in the country “regardless of whom they supported,” he said.
The election involving 13 candidates was seen as a genuine contest for power in a region dominated by dictators ruling for decades. Rich in gold and other minerals, and host to a strategic Russian military base, Kyrgyzstan has had a turbulent history since independence in 1992, following the collapse of the Soviet Union. The first Kyrgyz president, Askar Akayev, was overthrown in the 2005 “Tulip Revolution.” His successor, Kurmanbek Bakiyev, fled into exile in 2010, when rioters stormed the presidential palace amid corruption allegations.
Kyrgyzstan’s Roza Otunbayeva then became central Asia’s first female head of state when she led an interim administration that drew up a new constitution limiting presidents to a single term, before stepping down ahead of 2011 elections won by Atambayev. He took Kyrgyzstan into the Russian-led Eurasian Union in 2015, a year after closing a U.S. military base used to support operations in Afghanistan since 2001.

Jeenbekov’s election will mark the first democratic transfer of power in Kyrgyzstan, a country of 6.1 million people. Autocrats have retained power in nearby Kazakhstan, Uzbekistan, Turkmenistan and Tajikistan.

“Kyrgyzstan has demonstrated a generally positive example for holding competitive elections and a peaceful transfer of power,” Azay Guliyev, leader of the Organization for Security and Cooperation in Europe’s election-monitoring mission, said in a statement Monday. While candidates generally campaigned freely, “cases of the misuse of public resources, pressure on voters and vote buying remain a concern,” according to the OSCE’s statement.

The election comes after Kyrgyzstan voted in a referendum last year to change its constitution and shift powers from the president to the prime minister and government, which is dominated by Atambayev’s party. He’s denied opposition accusations that he plans to continue ruling the country as prime minister when his term ends.

In Qatar, around 168 Kyrgyz expatriates were registered voters among 400 living in Qatar who used their right to vote in Kargyz general presidential elections.

Polling station was established in the premises of embassy with five polling officials to conduct in a fair and free atmosphere and using bio-metrics system to ensure transparency of the elections with live on-line  monitoring  voting process.

Nuran Niyazaliev, ambassador of Kyrgystan Republic to State of Qatar said on the occasion that it is a historic day for Kyrgyz expatriate community living in Qatar to use their right of vote in their country’s Presidential Elections.

He told that there are 400 Kyrgyz nationals working in Qatar mainly in service industry and Qatar Airways. However, around 168 among them got registered for voting since many of remaining either will be casting today their vote back home during their vacations or in other country during their visit.

President of the country is elected once for a tenure of six years   Kyrgyz embassy in Qatar was established during the tenure of out-going President Almazbek Atambayev and he has paid two times visit to State of Qatar during this period.

13 Candidates took part in the elections. The elected president will take over his responsibility from 1st December 2017 for the period of six years.

A lady voter living in Qatar since last 16 years was quiet excited at the polling station. She told web news www.asiantelegraphqatar.com that she feels so honored using her right to vote in the elections of country’s president. She told that it was her first time in life casting vote in national elections. She lauded on the opportunity provided to overseas Kyrgyz nationals in Qatar to cast their vote.

56 Int’l organizations and 58 countries were registered as observers for the 2017 elections in Kyrgystan.

It is to note that for Qatari nationals, Kyrgystan facilitates entry visa on arrival.