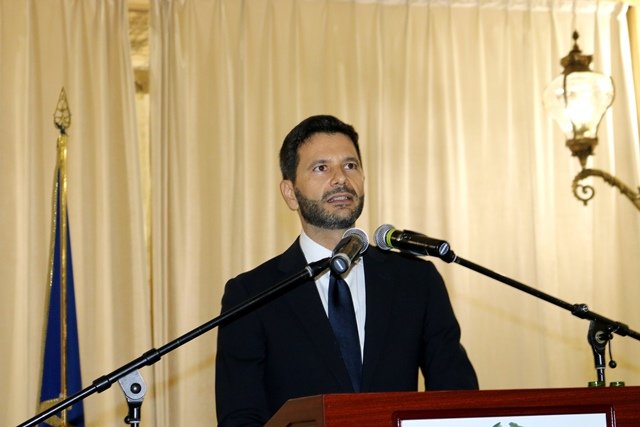 Jassim Saif Ahmed Al Sulaiti, Minister of Transport and Communication, Government of State of Qatar was the Chief guest on the occasion. He was accompanied with ambassador Ibrahim Fakhroo, Chief of Protocol, Ministry of Foreign Affairs, Qatar. Around 700 guests on the occasion attended including dignitaries, heads of the foreign missions stationed in Qatar, members of business community, members of the media, members of the Italian community and guests. The guests were served with the traditional Italian culinary including cheese, food, coffee and the music.

Pasquale Salzano, recently taken charge as Italian ambassador to Qatar in his address said that the venue witnesses the deep bonding and cooperation between Qatar and Italy that extends to diverse areas.

“My key focus in the coming days will be to work on further strengthening the ties between the two countries in the fields of construction, technology, defence and tourism,” he said.

He told that Italian Foreign Minister visit to Qatar is expected soon, which will further boost cooperation between both Qatar and Italy. The ambassador expressed his gratitude to Qatar for extending help promptly when the central region of his country was reeling under the devastating impact of an earthquake last year.”This act of true friendship will always be remembered by us,” he said.

Present on the occasion Mohammed Al Emadi, CEO of AlHazm Mall in an exclusive interview told the Editor of the website that it took 10 years to complete Al Hazm Mall. Thousands of tons of marble used in the masterpiece unique architecture took almost five years only for huge carving work. AEmadi told that most of the stone imported mainly from Italy which is witness to Qatar-Italy close relations.

A cake cutting ceremony was held followed by ambassador’s speech.