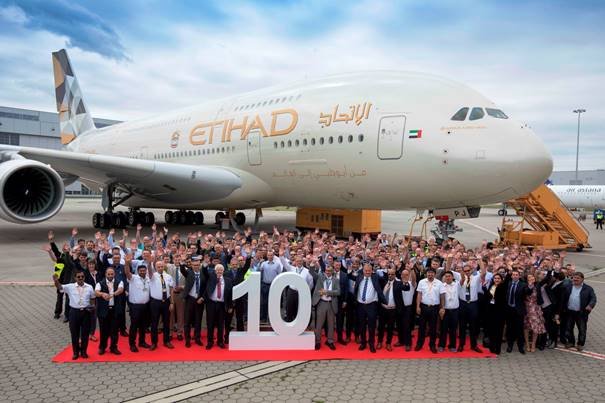 Employees from Etihad Airways and Airbus gathered at the European plane-maker’s Hamburg Finkenwerder plant in Germany, where the aircraft was officially handed over to the UAE national airline before commencing its delivery flight to Abu Dhabi.

The airline’s award-winning double-decker A380s are the most customised aircraft of their kind in commercial service and feature unique innovations such as The Residence, a three-room living space for up to two guests, including a living room, a private shower-room, and a bedroom.

Etihad Airways operates its fleet of Airbus A380s on flights from the UAE capital to London, Sydney, New York, and from 1st July for Paris.