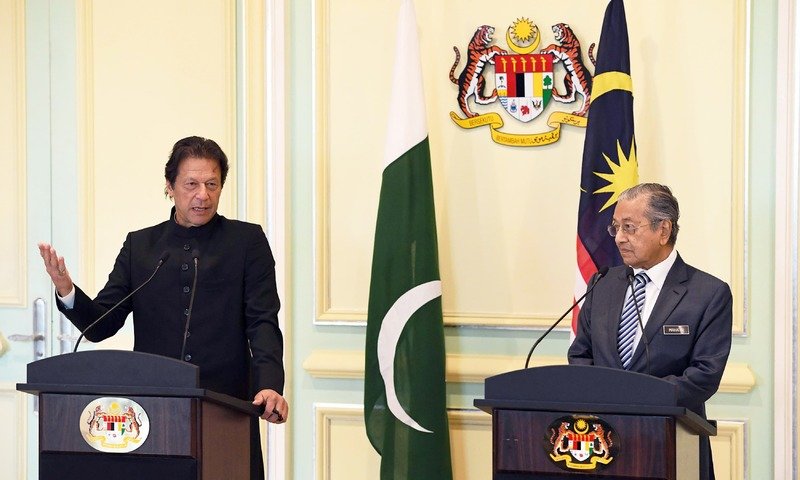 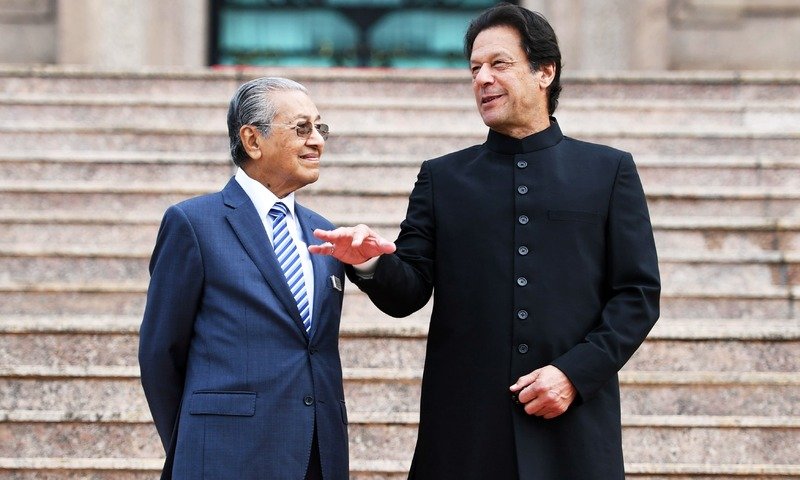 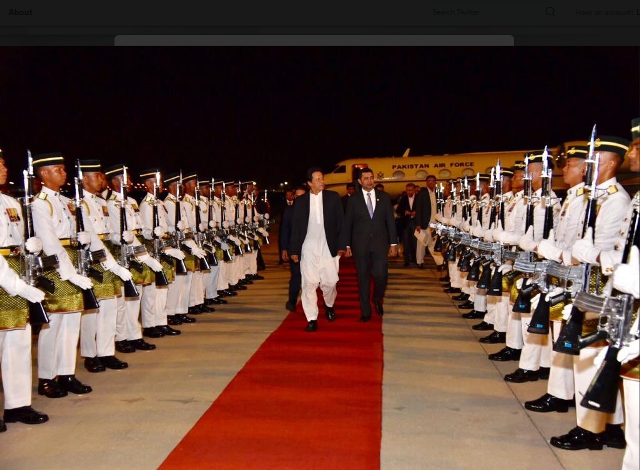 Prime Minister Imran Khan on Wednesday said that Islamabad wants to learn from the progress and development of Malaysia and its leadership.

Imran Khan, who is on a two-day official visit of Malaysia, held a joint press conference with Malaysia’s Prime Minister Mahathir Mohammad and invited him to visit the country for next year’s Pakistan Day celebrations, which fall on March 23.

Mahathir Mohammad accepted the invitation and said he will visit Pakistan in March. The Malaysian leader also said that the two sides have agreed to continue the bilateral dialogue process.

PM Khan said that the government wants to replicate the Malaysian model of good governance. Admiring Mahathir Mohammad, he said that the Malaysian leader has totally transformed the country, and raised the per capita income and Gross Development Product (GDP).

“Apart from trade and future cooperation, we are looking forward for Malaysian cooperation in the tourism sector,” he said, adding that Pakistan has a number of tourists spots but no resorts.

He added that the newly formed government in Islamabad has found itself in a situation where it was facing “unprecedented debt”. PM Khan said his government has the mandate to end corruption and he wants to learn from the Malaysian model to address the situation at home.

Earlier on Tuesday night, PM Imran Khan along with a delegation reached Kuala Lumpur. He was received by Deputy Minister of Foreign Affairs and Deputy Minister in the PM Office of Government of Malaysia.

PM Khan is the first head of state to visit the Southeast Asian country since Mahathir Mohammad became Malaysia’s PM for a second time earlier this year,  Radio Pakistan reported.

This is Imran Khan’s fourth official visit to any country after becoming prime minister. Before this, he has visited Saudi Arabia, China and the United Arab Emirates to seek bailout packages amid a mounting balance of payments crisis confronting Pakistan. It is also the last of the trio of planned foreign viits when the PM assumed the top office.

On Oct 18, PM Khan and Mahathir Mohamad had held a telephoneic conversation in which the former had emphasised Pakistan’s need of close and cordial relations with Malaysia.

During the conversation with Mahathir Mohamad, PM Khan had expressed a desire to learn from their experiences, and also accepted the veteran leader’s invitation to visit Malaysia.