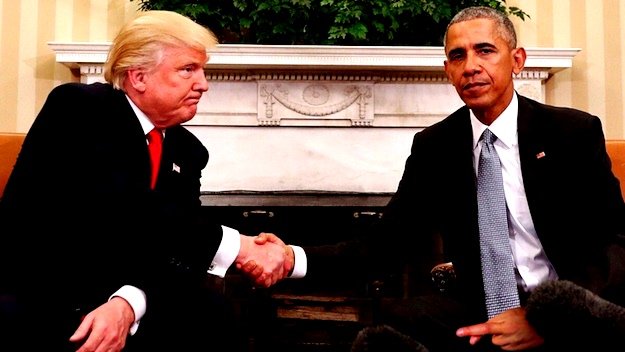 President Barrack Obama responded Saturday afternoon with a statement from his spokesperson, Kevin Lewis: “A cardinal rule of the Obama Administration was that no White House official ever interfered with any independent investigation led by the Department of Justice. As part of that practice, neither President Obama nor any White House official ever ordered surveillance on any U.S. citizen. Any suggestion otherwise is simply false.”

In a series of tweets on Saturday, Trump said: “Terrible! Just found out that Obama had my ‘wires tapped’ in Trump Tower just before the victory. Nothing found. This is McCarthyism!”

Around 0249 PM, Trump again tweeted ‘Is it legal for a sitting President to be “wire tapping” a race for president prior to an election? Turned down by court earlier. A NEW LOW!’

0252 PM Tweet ‘I’d bet a good lawyer could make a great case out of the fact that President Obama was tapping my phones in October, just prior to Election!’

0302 PM Another Tweet by Trump ‘How low has President Obama gone to tapp my phones during the very sacred election process. This is Nixon/Watergate. Bad (or sick) guy!’