Iran’s Zarif Warns US of ‘Consequences’ Over Oil Sanctions 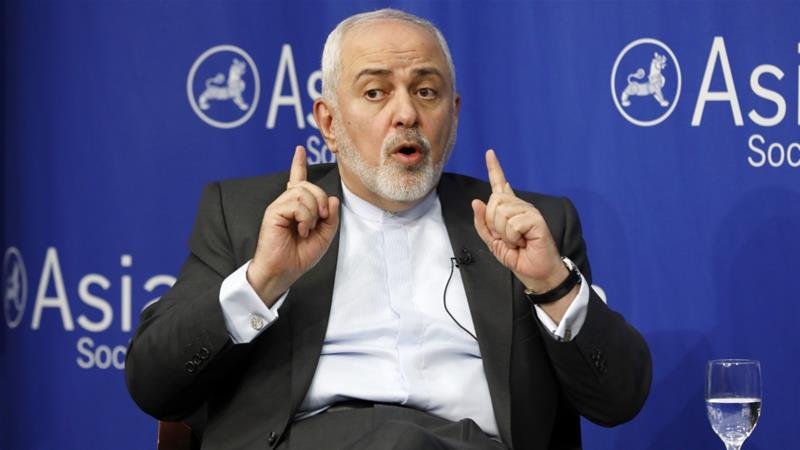 Iran will continue to find international buyers for its oil and use the Strait of Hormuz to transport it, the country’s foreign minister said, warning that if the United States tries to stop Tehran it should “be prepared for the consequences”.

Zarif also said it was in the Islamic Republic’s “vital national security interest” to keep the Gulf and Strait of Hormuz open.

The Strait of Hormuz is a major oil shipment channel in the Gulf.

Zarif’s comments at an Asia Society event came after Washington on Monday announced it was ending waivers that have allowed some of Iran’s largest oil customers to import fuel from the Islamic Republic in limited volumes without facing financial penalties from the US.

The move means buyers must stop purchases by May or face sanctions, the White House said. It is aimed at bringing “Iran’s oil exports to zero” to deny Tehran “its principal source of revenue”.

The White House said the US, Saudi Arabia and the United Arab Emirates were working to “ensure that supplies are made available to replace all Iranian oil removed from the market”.

Following the announcement, oil prices hit their highest level since November, on Tuesday.