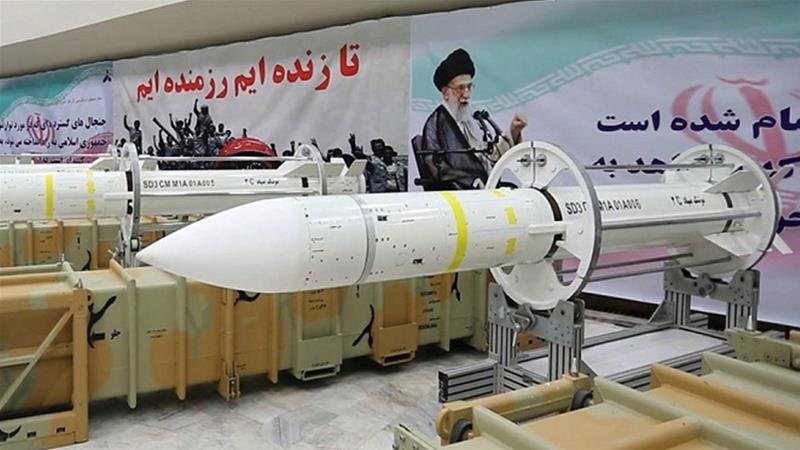 Iran has vowed to press ahead with its missile programme, denouncing new US sanctions as “an effort to weaken the nuclear deal”.

“It’s ultimately an effort to weaken the nuclear deal,” he said, referring to the 2015 agreement between Iran and US-led world powers that lifted some sanctions on Tehran in return for curbs on its nuclear programme.

“We will continue with full power our missile programme,” he said. “The military and missile fields […] are our domestic policies and others have no right to intervene or comment on them.”

Iranian state TV reported on Saturday that the country’s parliamentary committee on national security and foreign policy held an urgent meeting to review its response to a package of sanctions approved by the US Senate.

“It is imperative that we show an appropriate reaction in light of such hostile and vicious actions taken by the United States,” Abbas Araghchi, Iran’s deputy minister and senior Iranian negotiator, told reporters.

The US legislation imposes mandatory penalties on people involved in Iran’s ballistic missile programme and anyone who does business with them.

It would also apply “terrorism” sanctions to Iran’s prestigious Revolutionary Guard and enforce an arms embargo.

The bill was passed by the US Senate on Thursday, two days after being approved by the House of Representatives. It is due to be signed by President Donald Trump.

Iranian state television broadcast footage of the launch from the Imam Khomeini space centre in the eastern province of Semnan.

The launch vehicle was capable of propelling a satellite weighing 250kg into orbit at an altitude of 500km, it said.

Western governments suspect Iran of trying to develop the technology for longer-range missiles with conventional or nuclear payloads, a charge denied by Tehran, which insists its space programme has purely peaceful aims.

“We call on Iran not to conduct any further ballistic missile launches and related activities,” they said.

Resolution 2231 called on Iran not to test ballistic missiles capable of carrying a nuclear warhead, and an arms embargo has remained in place.

Iran says it has “proven its compliance with the nuclear deal” as repeatedly confirmed by the International Atomic Energy Agency.