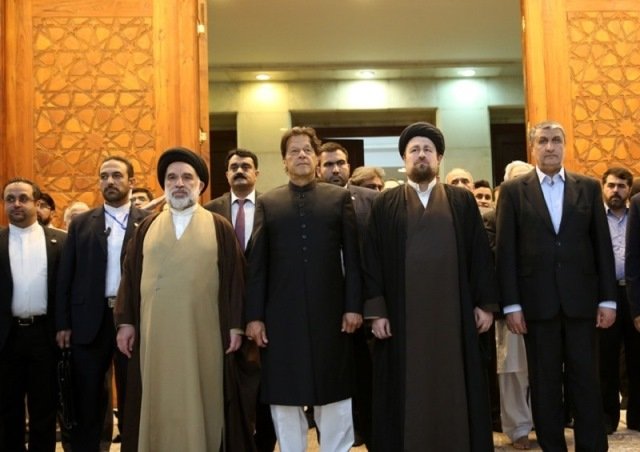 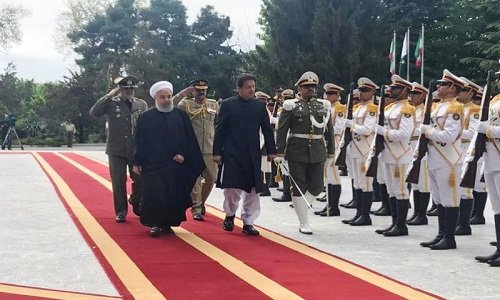 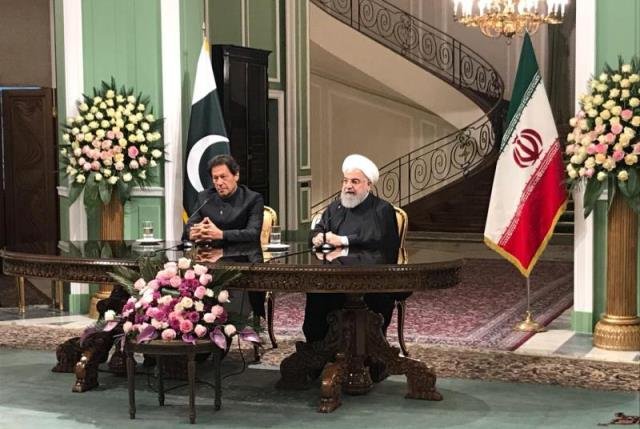 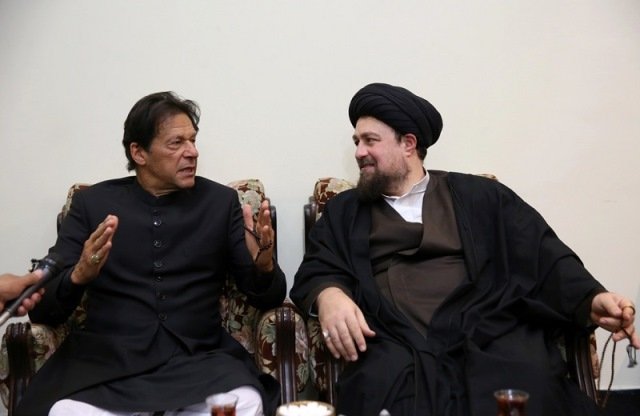 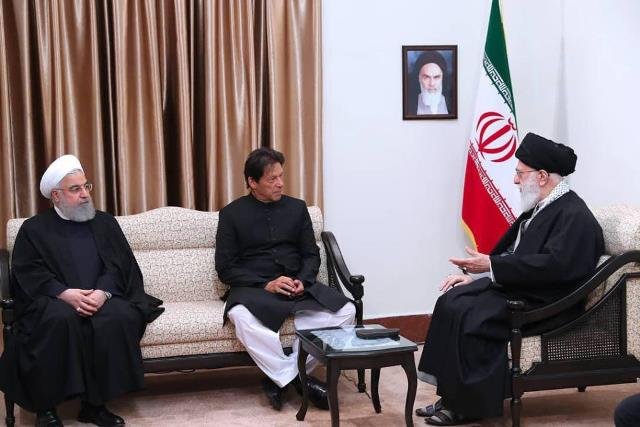 Hassan Rouhani, President of Iran said on Monday that no third country can affect ‘brotherly and friendly relations’ between Tehran and Islamabad. ‘Iran and Pakistan are fully determined to develop bilateral relations,’ he added.

Imran Khan arrived in the Iranian capital Tehran on Monday morning on the last day of his two-day official visit to Iran. He landed in the northeastern Iranian city of Mashhad on Sunday evening in a bid to visit the mausoleum of the eighth Shia Imam Reza.

Border security and other bilateral security issues were discussed in their negotiations, according to the Iranian president.  Rouhani said that Iran is happy about Pakistan’s move to name the armed groups operating in border areas as terrorists and deal with them as terrorist groups. The president went on to say that the terrorist groups have created tension in border areas of the two countries in recent months.

The Iranian president stressed that Tehran is prepared to meet Pakistan’s ‘oil needs’ and take the necessary measures to finish a gas pipeline, called Peace Pipeline, that feeds the energy-starved country. The 2,775-kilometer pipeline was launched in a bid to deliver 40 million cubic meters of natural gas from Iran to Pakistan. Islamabad has not started construction on its soil yet.

Rouhani added that Iranian national grid has the capacity to increase by 10-fold the electricity exports to Pakistan. ‘Today we discussed the establishment of a barter trade committee to pave the way for bilateral trade development.’

Pakistan imports 100 megawatts of power from Iran to lighten its Balochistan Province on the border with Iran.

The Iranian president also talked about Chabahar and Gwadar Ports, developed by India in Iran and China in Pakistan, saying Tehran is keen on linking the two deep-sea ports through railways.

India is developing Shahaid Beheshti Port in the southeastern Iranian Chabahar Free Zone in a bid to bypass Pakistan and export to Afghanistan and Central Asia with greater ease. On the other side of the border, China is constructing Pakistan’s Gwadar Port as part of its One Belt, One Road initiative.

Rouhani said he discussed with Pakistani premier bilateral security cooperation and stability in Afghanistan. ‘We also talked about the US incorrect moves in relation to the Quds (Jerusalem), Golan Heights and the IRGC,’ he mentioned.

“Iran, Pakistan and Turkey founded the Economic Cooperation Organisation (ECO) and their relations have been good in the past and we are interested in the development of their ties today,” Rouhani noted, highlighting the need for a transnational raid corridor that connects Pakistan to Turkey, that is Asia with Europe.

Head of the Iranian government praised Imran Khan’s position “not to take part in any coalition”, saying Tehran and Islamabad are looking forward to development and security in the region.

Rouhani said he will visit Pakistan “in near future” at the Pakistani prime minister’s invitation.

‘I am certain that prime minister and his delegation’s visit to Iran will be a turning-point in development of bilateral trade,’ Rouhani said.

Visiting Prime Minister of Pakistan, Imran Khan said that islamabad is determined to develop relations at the excellent level with Tehran according to Iran News Agency IRNA.

Imran Khan made the remarks in a meeting held with Hojjatolslam Ahmad Marvi in Mashad, Capital city of Khorasan Razavi Province.

Pakistani Prime Minister arrived in Tehran late on Sunday. Pakistani delegation led by Imran Khan started Iran’s tour from Mashad. He said that both sides are willing to further the level of bilateral cooperation.  Imran Khan said he makes his all out efforts to foster Islamabad-Tehran relations. He was visiting first time Tehran after his election as the Prime Minister in August 2018.

Pakistan and Iran established their diplomatic relations 70 years before.