Indonesia’s Widodo To Take Oath for Second Term on Sunday 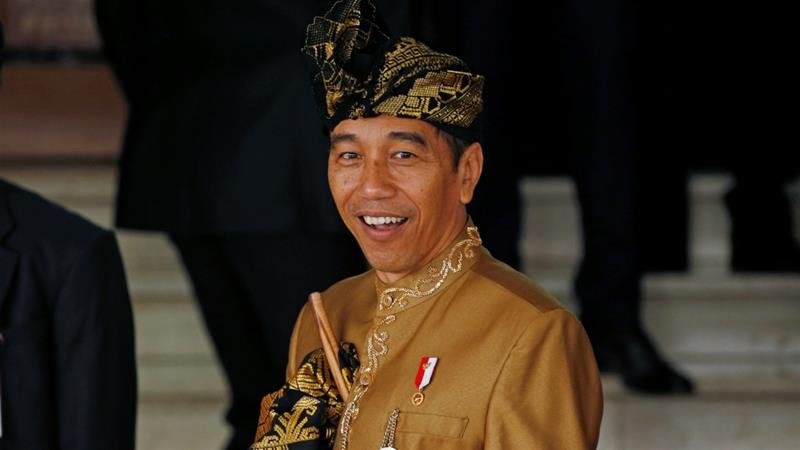 When Joko Widodo was sworn in as Indonesia’s president five years ago, tens of thousands of people came out to cheer him in the streets of the capital, Jakarta, in a joyful celebration of the Southeast Asian nation’s democracy.

But when Widodo, a former furniture salesman popularly known as Jokowi, takes the oath of office for his second term on Sunday, there will be no parade to mark the occasion.

The 58-year-old, who is the first president to come from outside Indonesia’s traditional elite, decided he did not want a fancy celebration, according to local media.

He is not the only one in Indonesia feeling less than celebratory.

Students, who took to the streets last month – in opposition to new laws, including one that curbs the powers of the anti-corruption commission or KPK – have threatened to hold protests around Widodo’s inauguration.

“Back in 2014, he was a clean slate,” said Johanes Sulaiman, a lecturer and political analyst at Universitas Jenderal Achmad Yani in Indonesia’s Bandung.

A former governor of Jakarta, Widodo had not been tested with major policy decisions when he first became president, Sulaiman noted, and that allowed his more liberal supporters to imagine that he was, perhaps, more of a reformist than he really was.

“People were projecting what they wanted onto him and they were disappointed. He’s just a regular politician.”

In April’s elections, Widodo campaigned of continuing his signature policies of big-ticket infrastructure development and pro-poor initiatives, and was elected with 55.5 percent of the vote.