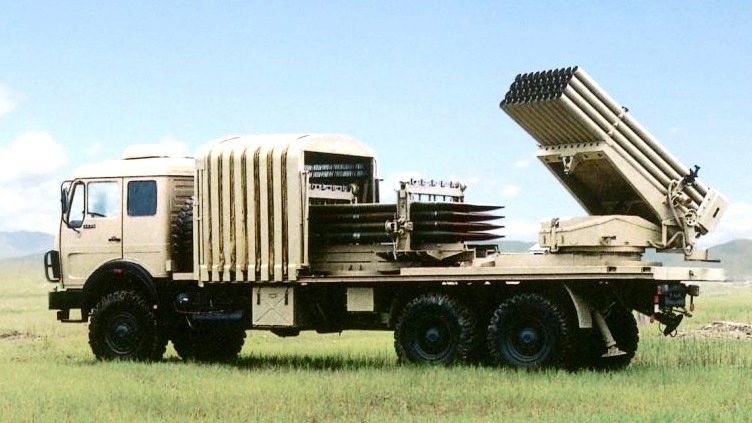 The Indonesian Marines Corps (Korps Marinir, or KORMAR) has taken delivery of four units of the Type 90B 122 mm (40-round) multiple rocket system (MRS) from China North Industries Corporation (NORINCO).

Sources within the service told IHS Jane’s on 27 December that first test firings of the system are being conducted until the end of the month at various undisclosed locations throughout East Java.

The systems have been delivered under a 2015 contract signed between the Indonesian Ministry of Defence and NORINCO. Indonesia is the first known export customer of the Type 90B variant.

According to IHS Jane’s Land Warfare Platforms: Artillery & Air Defence , the Type 90B MRS consists of a Tiema SC2030 6×6 truck with four rows of 10 tubes mounted on a rotating cradle assembly.

Each tube can be loaded with 122 mm missiles, such as those from NORINCO’s family of fin-stabilised unguided calibre rockets featuring composite solid propellant and maximum ranges of between 20,000 m and 40,000 m. The rockets can be fired either singly, or in salvo with 0.5 seconds between rounds.

The Type 90B system has also been marketed with the capability to launch the Fire Dragon (BRE7) 40 122 mm rocket, which features an inertial navigation system (INS) and Global Positioning System (GPS) guidance system, although it is not immediately known if Indonesia has plans to procure this variant of missiles.

IHS Jane’s has, however, received confirmation from multiple sources within the KORMAR that fire control subsystems associated with the Type 90B, such as the HJ-1 mini-computer, have not been included under this contract, and that all firing parameters on the system will be manually calculated.