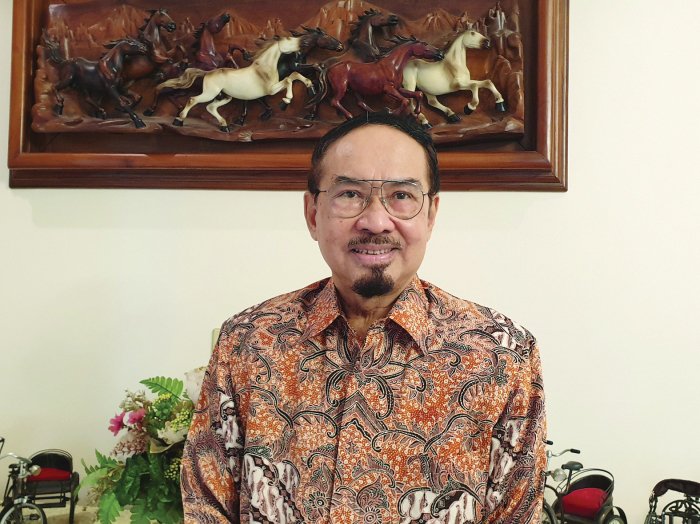 The bilateral trade volume between Indonesia and Qatar has increased by almost 194 percent between March 2016 and June 2020, according to the outgoing Ambassador of Indonesia to Qatar HE Air Marshal (Retd) Muhammad Basri Sidehabi.
Talking to Qatar Tribune on the completion of his tenure in Qatar, the envoy said Indonesia’s export to Qatar amounted to $270 million, while Qatar’s exports to Indonesia stood at around $700 million.
The Indonesian envoy thanked the Amir His Highness Sheikh Tamim bin Hamad Al Thani for his generous remarks on his contribution to enhancing the bilateral ties between the two countries during his four-year tenure in Qatar.
The ambassador said that relations between Qatar and Indonesia enjoyed significant boosts with the regular exchange of visits by top officials from various ministries, institutions and defence departments from both countries, particularly the visit of President of Indonesia to Qatar in 2015 and the visit of HH the Amir to Indonesia in October 2017, when both leaders witnessed the signing of a number of agreements between Qatar and Indonesia.
The envoy said that HH the Amir’s visit also witnessed the establishment of a joint committee to develop cooperation in areas like political, economic, social, cultural, tourism, navigational, agriculture, industries, banking, financial services, air services, health sector, youth and sports sectors.
The envoy said relations were further strengthened by the private visit of HH The Amir to Bali, Indonesia, in 2019.
On Qatar’s investment in Indonesia, ambassador Sidehabi said the Qatar Investment Authority (QIA) on August 1, 2018 signed a memorandum of understanding (MoU) to invest $500 million in Indonesia’s tourism sector.
“The MoU was signed during the visit of QIA CEO Sheikh Abdullah bin Mohammed bin Saud Al-Thani to Jakarta. Coordinating Minister for Maritime Affairs (CMMA) Luhut Binsar Panjaitan signed the MoU for the
Indonesian side,” he said.
There are ongoing fruitful discussions on investment in the energy sector for the construction of power plant.
On political relations, the envoy said both countries enjoy common stance on a number of international and regional issues.
“We both play positive role in peaceful resolution of various regional issues such as the US-Taliban Peace Accord recently signed in Doha on withdrawal of US and allied forces from Afghanistan. Qatar played its role as the main facilitator of the peace accord, while Indonesia along with Germany, Uzbekistan and Norway were co-facilitators to the accord,” he said. He also thanked the Qatar government for its vote and support to Indonesia on UN Security Council non-permanent membership for the period 2018-20.
He said Indonesia and Qatar have enjoyed excellent bilateral relations in all sectors since the establishment of diplomatic relations between the two countries in 1976. “Diplomatic relations between Qatar and Indonesia were established in 1976. Qatar opened its embassy in Jakarta in 1996 and Indonesia opened its embassy in Doha in 1999,” he said.
On tourism, he said there was a 30 percent rise in the number of visitors from the Middle East to Indonesia, including Qatar.
“Although Indonesia offers great tourist attraction destinations, we still need to work hard in this sector,” he noted.
Ambassador Sidehabi hoped that the ongoing blockade of Qatar by some of its neighbouring countries would be lifted soon for the benefit of the region and its people.