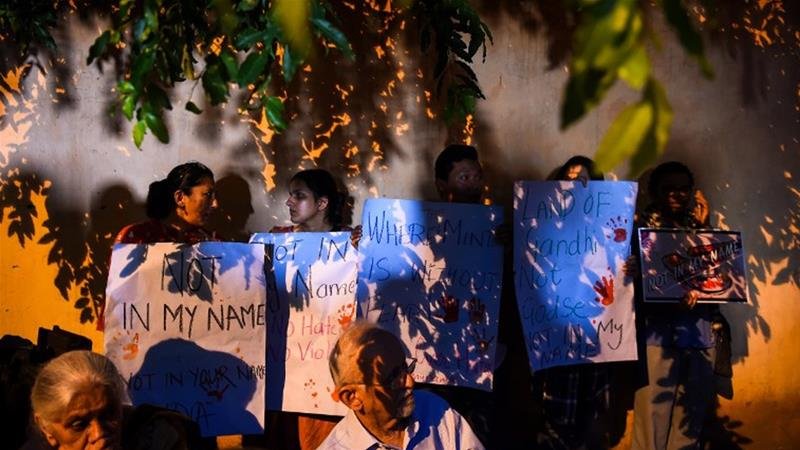 Thousands of people have turned out in protests across India against a wave of attacks on Muslims by mobs that accuse them of killing cows or eating beef.

Waving “Not in My Name” banners and “Stop Cow Terrorism” placards on Wednesday, protesters braved monsoon rains in at least 10 cities including Mumbai, Kolkata and Delhi where a cast of intellectuals and activists were joined by relatives of recent lynching victims.

Many Hindus worship the cow as sacred to their religion.

Critics accuse right-wing Hindu groups, some linked to Prime Minister Narendra Modi’s ruling Bharatiya Janata Party (BJP), of fomenting or not doing enough to stop violence against Muslims and lower-caste Hindus who eat beef or work in the meat and leather industries.