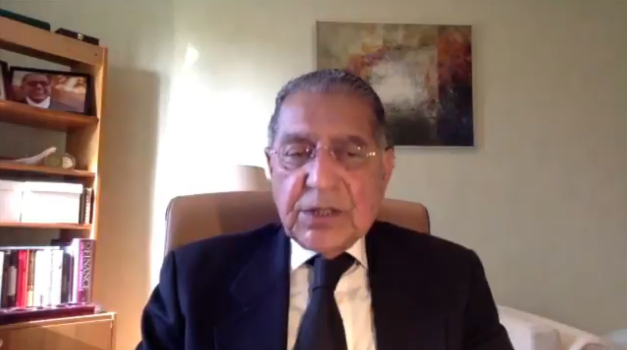 Indian delegate Madhu Sudan Ravindran reacted to Ambassador Akram’s sharp statement during a debate on the Security Council’s report to the 193-member Assembly, claiming that Jammu and Kashmir was an integral matters of India and urged Pakistan not to indulge in what he called “theatrics”.

Ravindran said that issues between India and Pakistan should be resolved bilaterally and peacefully, adding that the onus is on Islamabad to create such a conducive atmosphere.
Exercising his right of reply, Pakistan’s delegate Saad Warraich declared that Jammu and Kashmir is not a part of India, never was and never will be.

“India has no claim to Jammu & Kashmir than that of a military occupier,” said Warraich, a counselor at the Pakistan Mission to the UN.

“Like all oppressors, India continues to believe that it can subdue the legitimate Kashmiri resistance through brute force,” he said. “Like all occupiers of the past, India will fail in its strategy to subdue and suppress the Kashmiri people.”

“Kashmir will be free one day,” the Pakistan delegate said, adding, “This is not only a lesson of history; it is also an imperative of justice”
The Kashmiri struggle, he said, seeks to realize the implementation of the resolutions of the Security Council in exercise of their inalienable right to self-determination.