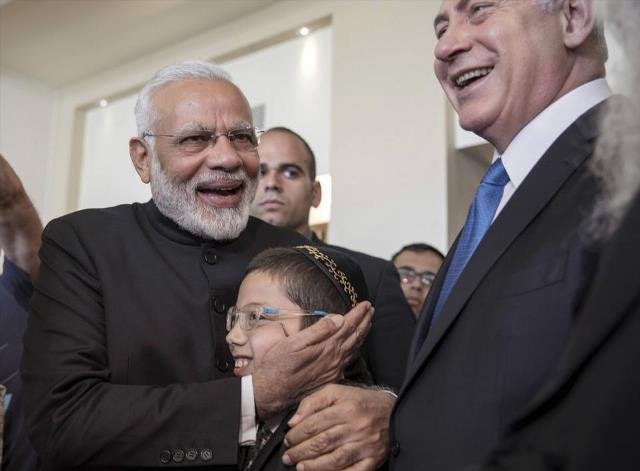 Every Jew from India has always held India in great esteem right through our more than 2,000 years of peaceful sojourn in India. Even today, every Jew from India speaks, dresses and participates actively in every cultural activity which reminds him of India: whether it is in songs, movies, dance or publication of a newsletter in Marathi. According to Sharad Pawar, the Indian-Jewish community has made Marathi an international language.

Israel has always sought friendship with India from even before the independence of both countries from the same imperial power that played the same biased game against both our people. But thanks to recent political events our two countries have come even closer. In my opinion, the bond will only grow stronger.

The Indian Jewish community has played an important part in fostering these relations. It should be noted at the time of independence, many senior officers in the Indian Armed Forces were Jews. Many founders of medical faculties, leading doctors, senior teachers, lawyers and judges were from the Indian Jewish community. Few people know that Bombay University was the first in the world to revive the teaching of Hebrew as a second language way before Herzl even dreamt of the creation of the State of Israel.

Mahatma Gandhi was operated upon at the Sassoon Hospital in Poona and his personal physician and friend was Abraham Solomon Erulkar and some of the best schools in Ahmedabad have been established by Jews. Even the signature tune of All India Radio was written by Walter Kaufman, a Jew.

After the establishment of relations between our two countries, the first Israeli Ambassador, Ephraim Dowek, worked on establishing strong diplomatic and cultural ties between our two countries. Agricultural ties developed into the creation of miracle fruits and vegetables and the largest investor in a Kibbutz Naan-based industry is an Indian: Naandan Jain, a world leader in water sprinkler systems. Many Israeli companies have created India-based subsidiaries in the field of software development.

The young people of our countries are no less enamoured by each other. From a small trickle of sceptical youth in the early 1990s, tourism from Israel to India has grown to several tens of thousands every year and the same is happening in the other direction. Many of them keep returning to India for a more enhanced experience of hospitality, kindness, cuisine and nature. There are more than 10,000 Indian caregivers serving in Israel.

Finally, many Jews may have left India for Israel but there is one community the Chitpavan Brahmins, known to be of Jewish descent. Their second names such as Savarkar, Mulgaonkar and Kolatkar have roots in Hebrew and ‘kar’ emerges from the Hebrew word for farmer.

The views expressed are personal