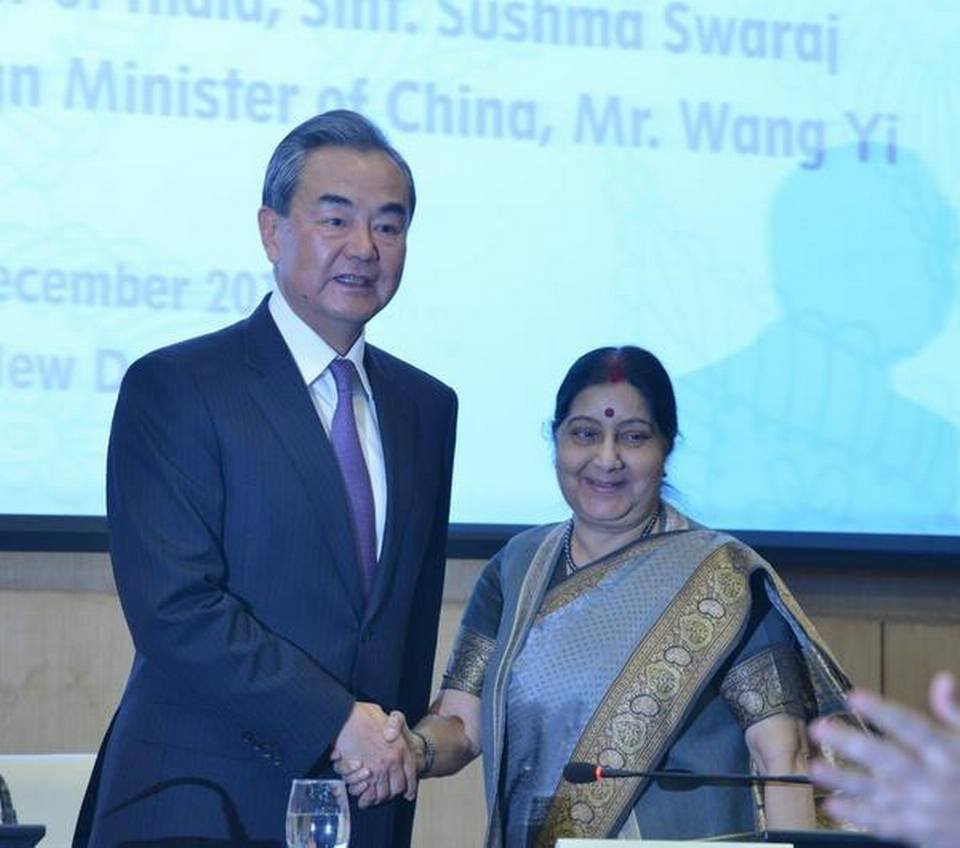 In the message, Xi said that China and India are both ancient civilizations boasting long history and splendid culture, adding that the two civilizations, with close exchanges and mutual learning from the ancient time, have both made significant contributions to the human development and progress.

It has been proved by practice that a good bilateral relationship benefits not only both countries but also the whole world, Xi added.

The Chinese president also expressed the hope for the two sides to make proper use of the high-level people-to-people exchanges mechanism.

With the help of the profound implication in the two Oriental civilizations, China and India should promote the communication between the minds of the two peoples and forge a closer development partnership, Xi said.

Daily ‘The Hindu’ reported a while ago that Indian External Affairs Minister Sushma Swaraj and Chinese Foreign Minister Wang Yi on Friday held extensive talks under a newly established framework.

In yet another step towards improving ties, Minister for External Affairs Minister Sushma and her Chinese counterpart Wang Yi on Friday held extensive talks under a newly established framework and agreed on “10 pillars” of cooperation to enhance cultural and people to people exchanges.

Mr. Wang, who arrived in New Delhi early on Friday morning, said he had a “very successful” meeting with Ms. Swaraj under the ‘High Level Mechanism on Cultural and People-to-People Exchanges’ that was decided upon during the Wuhan summit between Prime Minister Narendra Modi and President Xi Jinping.

Ms. Swaraj said she was satisfied with the outcome of her two-hour dialogue with Mr. Wang. They discussed ways to expand cultural and people to people ties, she noted.

Bilateral cooperation has improved significantly after the Wuhan Summit, she said, adding that that the militaries of two countries were also enhancing the cooperation.

Mr. Wang described the new mechanism for cultural and people to people exchanges as a “major initiative” in the history of India-China ties.

Doha, 24 Sept. 2022 (QE) QatarEnergy announced that it has selected ...
END_OF_DOCUMENT_TOKEN_TO_BE_REPLACED