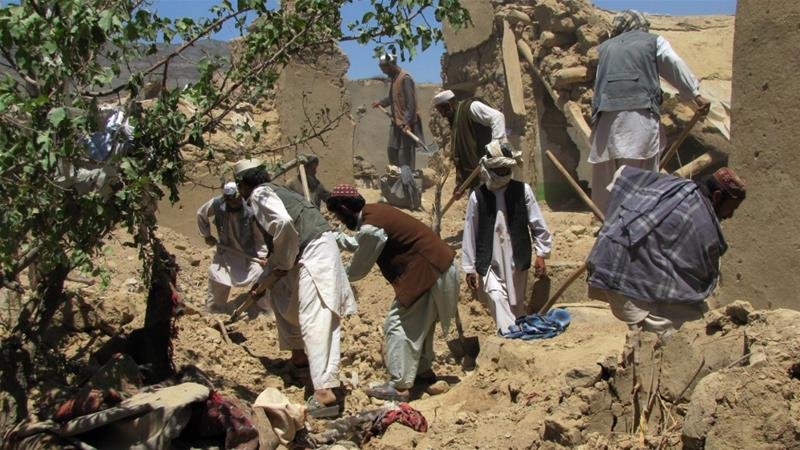 The International Criminal Court (ICC) has authorised an investigation into possible war crimes committed in Afghanistan, which would include allegations against United States Afghan and Taliban armed fighters.

The decision, which comes days after the US and the Taliban armed group signed a peace deal, overturns a lower court decision and opens the way for prosecutor Fatou Bensouda to launch a full investigation, despite US government opposition.

The US is not a member of the Hague-based court.

Judge Hofmanski noted that Bensouda’s preliminary examination found reasonable grounds to believe war crimes had been committed in Afghanistan which is a member of the court, and that the court has jurisdiction.

A pretrial panel last year had rejected Bensouda’s 2017 request to open an investigation, arguing that the odds of success were low, given the passage of time, a lack of cooperation from Kabul and Washington, and the panel’s conclusion that it would not “serve the interests of justice”.

But Hofmanski said Bensouda should proceed and not limit her investigation to preliminary findings, as that would “erroneously inhibit the prosecution’s truth-seeking function”.

Bensouda believes there are grounds to open an investigation into abuses committed between 2003 and 2014, including alleged mass killings of civilians by the Taliban, as well as the alleged torture of prisoners by Afghan authorities and, to a lesser extent, by the US’s forces and its spy agency, the CIA.

US forces have been fighting the Taliban armed group, which has waged an armed rebellion since it was toppled from power in a US-led military invasion in 2001.

The Trump administration signed a deal with the Taliban, aimed at ending the longest US war, on February 29.

The deal, signed in the Qatari capital Doha, will see the withdrawal of thousands of US troops from the country in return for a guarantee from Taliban that Afghan soil will not be used for attacks on US interests.

But Washington carried out air attack on Taliban fighters on Wednesday after West-backed Afghan forces came under deadly attacks.

The violence has cast a pall on the nascent Afghan peace process, with the Taliban demanding that President Ashraf Ghani government should release nearly 5,000 prisoners agreed as part of the deal.

Ghani’s refusal to release the prisoners has angered the Taliban, and likely put the so-called intra-Afghan talks slated for March 10 in jeopardy.

Speaking at a news conference at the US Department of State on Thursday, Secretary of State Mike Pompeo said all sides should stop posturing and prepare for the intra-Afghan negotiations, including practical discussions about prisoner releases.

“We know that the road ahead will be difficult. We expected it, we were right,” Pompeo said.

“The upsurge in violence in parts of Afghanistan over the last couple of days is unacceptable. In no uncertain terms, violence must be reduced immediately for the peace process to move forward,”

The ICC, which began operations in The Hague in 2002, is a court of last resort for war crimes, genocide and crimes against humanity when committed by nationals of a signatory state, or if they took place on the territory of one of its member states.