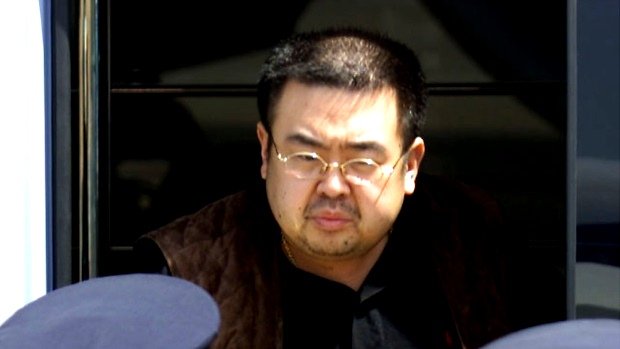 North Korean female agents operating in Malaysia have reportedly assassinated the half-brother of the North’s leader, Kim Jong-Un, a one-time heir apparent who became a critic of the Stalinist regime.

South Korean media said Tuesday that Kim Jong-Nam was killed with poisoned needles at Kuala Lumpur International Airport. Officials in Seoul and the Malaysian capital could not confirm his death.

Malaysian police said in a statement late Tuesday that a North Korean man, identified as Kim Chol, sought medical assistance at the airport and died on the way to hospital.

If confirmed, it would be the highest-profile death under the Jong-Un regime since the execution of the leader’s uncle, Jang Song-Thaek, in December 2013.

Jong-Un has been trying to strengthen his grip on power in the face of growing international pressure over his country’s nuclear and missile programmes. He has reportedly staged a series of executions.

The latest launch of a new intermediate-range missile on Sunday brought UN Security Council condemnation and vows of a strong response from US President Donald Trump.

South Korea’s national news agency Yonhap quoted a source as saying agents of the North’s spy agency, the Reconnaissance General Bureau, carried out the assassination on Monday by taking advantage of a security loophole between Jong-Nam’s bodyguards and Malaysian police at the airport.

The 45-year-old was killed by two unidentified females wielding poisoned needles at the airport, according to South Korean broadcaster TV Chosun.

It said the women hailed a cab and fled immediately afterwards.

Jong-Nam, the eldest son of former leader Kim Jong-Il, was once seen as heir apparent but fell out of favour following an embarrassing botched attempt in 2001 to enter Japan on a forged passport and visit Disneyland.

He has since lived in virtual exile, mainly in the Chinese territory of Macau.

His half-brother took over as leader when their father died in December 2011.

Jong-Nam, known as an advocate of reform in the North, once told a Japanese newspaper that he opposed his country’s dynastic system of power.

He was reportedly close to his uncle Song-Thaek, once the North’s unofficial number two and political mentor of the current leader.

– Targeted in the past –

Cheong Seong-Jang, senior researcher at Seoul’s Sejong Institute think-tank, said Jong-Nam had been living in near-exile so it was unlikely that Jong-Un saw him as a potential competitor for power.

“But if Jong-Nam committed an act to damage Jong-Un’s authority, I think it’s possible that the Reconnaissance General Bureau may have directly conducted the assassination under the orders of Jong-Un since it has been in charge of closely watching Jong-Nam.”

Jong-Nam has been targeted in the past.

In October 2012 South Korean prosecutors said a North Korean detained as a spy had admitted involvement in a plot to stage a hit-and-run car accident in China in 2010 targeting him.

In 2014, Jong-Nam was reported to be in Indonesia — sighted at an Italian restaurant in Jakarta — and was said to be shuttling back and forth between Singapore, Indonesia, Malaysia and France.

In 2012, a Moscow newspaper reported that Jong-Nam was having financial problems after being cut off by the Stalinist state for doubting its succession policy.

The Argumenty i Fakty weekly said he was kicked out of a luxury hotel in Macau over a $15,000 debt.

It noted previous attempts to assassinate Hwang Jang-Yop, the North’s chief ideologue and former tutor to Kim Jong-Il, who defected to the South in 1997 and died of natural causes in 2010.

Jong-Nam was born from his father’s extra-marital relationship with Sung Hae-rim, a South Korean-born actress who died in Moscow.