Turkey Stresses On Establishment Of Safe Zones In Syria, On Conveying Geneva Conference 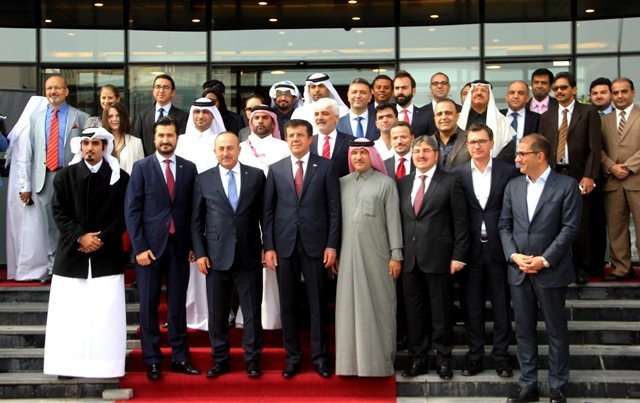 Turkey once again stressed on creating safe zones in Syria to allow the return of Syrian refugees back to their home country. Mouloud Jawish Ihsanoglu, Foreign Minister of Turkey said today in Doha that ‘Establishing safe areas in Syria is an idea which should be supported by all and once they are determined we need to build houses, schools, health facilities through a fund aimed at supporting these projects”. Ihsanoglu was in Qatar accompanying visiting President of Turkey Recep Tayyip Erdogan. On the sideline of the visit, Turkish foreign Minister also inaugurated 100 beds Turkish Hospital equipped with most sophisticated medical facilities in Doha. He was accompanied with Nihad Zabka, Minister of Economy of Turkey.

Ihsanoglu said that Turkey hosts 3 million Syrian refugees, who are waiting to go back to their home. ‘There is a need to establish suitable conditions for safe areas through providing housing, health facilities, schools and other essential services’. He told reporters in Doha that Geneva Conference is important in this regard.

‘The only solution to the Syrian crisis is political and both Qatar and Turkey share same views in almost all the regional issues’, Mouloud Jawish Ihsanoglu, Foreign Minister of Turkey lauded bilateral relations between the State of Qatar and Turkey and regarded as excellent.

On Syrian issue solution whether Bashar al-Assad’s stay in the presidency, the Turkish foreign minister said that who has brutally killed more than 600,000 people should not continue to rule his country, best solution is to form a transitional government and let the Syrian people decide through elections.