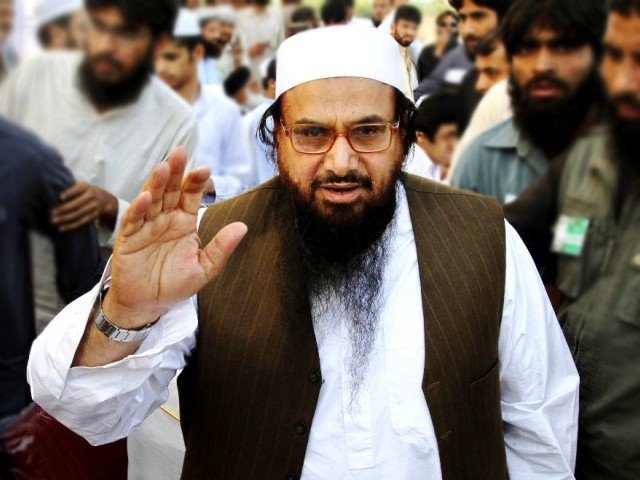 Claiming that he and his organisation are not involved in any terrorist activity, the Jamaat-ud-Dawa (JuD) chief Hafiz Saeed has requested the United Nations to send its official to visit JuD offices around the country.

“The functions of JuD are not hidden in Pakistan. Everyone can observe our humanitarian work and activities,” Saeed said on Tuesday while addressing a press conference at JuD office.

“In order to please America and India, a malicious campaign is run against JuD on the media. The campaign to ban JuD activities in Pakistan will not be fruitful for the country’s sovereignty,” he added.

Saeed said JuD is not a banned organisation, as courts have given it their approval to carry out its humanitarian activities.

He said India and the US both feel threatened by Pakistan’s atomic assets “and I warn you that issue is not Hafiz Saeed but our atomic assets.”

The JuD chief said the government of Pakistan arrested him as he announced struggle for Kashmir at a higher level; simultaneously, he said, India detained Kashmir’s Hurriyet leaders.

“We have already declared 2018 as Kashmir Independence year and will start gatherings at every corner of the country in order to raise voice for the occupied Kashmir,” he added.

The JuD chief said after signing of a treaty between India and Israel, the Indian had started agitation at the Line of Control as Israel has already announced to support India surgical strike against Pakistan.

“But I let them know that JuD and Pakistani nation will continue to support the Kashmir cause and will not bow down against those who are against country,” he added.