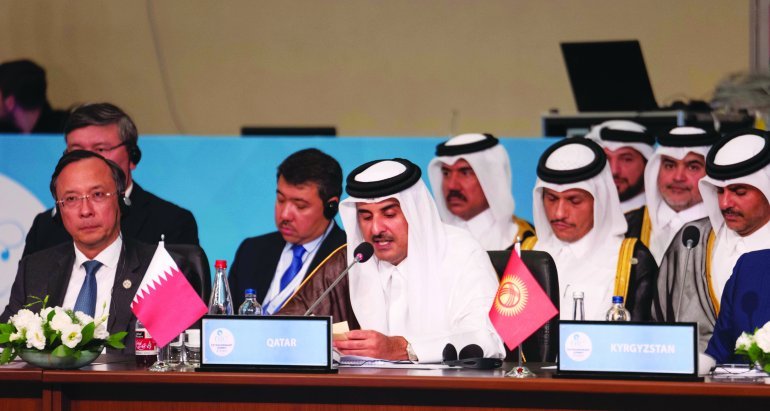 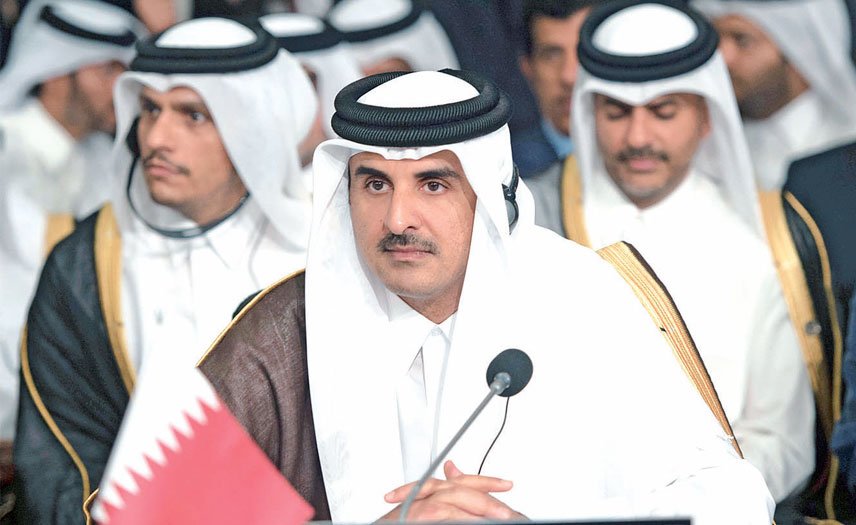 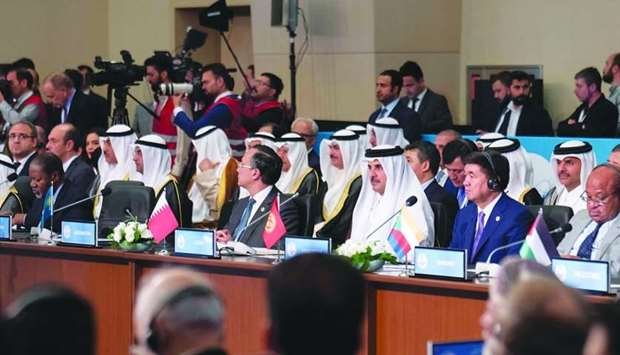 Amir of Qatar, Sheikh Tamim bin Hamad al-Thani has called for a just solution to the cause of Palestine and redressing its people, without which the 70-year-old bloodshed cannot be stopped.

Addressing the opening session of the Emergency Summit of the Organisation of Islamic Co-operation (OIC) on Palestine held in Istanbul on Friday, the Amir said the siege imposed on the Gaza Strip must be stopped by a political decision, and a just solution to the Palestinian question must be imposed as the last case of colonialism that continues to be a cause of concern for the world.

“On the 70th anniversary of the Palestinian catastrophe (Nakba), the Israeli forces have committed a brutal massacre against peaceful Palestinian demonstrators in Gaza,” the Amir said.

“The question of Palestine has gone down in history as a cause of a people whose homeland was usurped, and refugees who have scattered in diaspora around the world, with the majority of them taking refuge in the Arab countries and in some Palestinian cities, including the Gaza Strip.

“Before the elapse of two decades after the Nakba, the Gaza Strip fell under direct Israeli occupation in the aftermath of the 1967 war, as is the case of the West Bank and Jerusalem.

“After a protracted struggle and heavy sacrifices, as well as two well-known popular uprisings against the occupation, Israel withdrew unilaterally from the Gaza Strip alone, but imposed a stifling siege on it that continues up to this day, which means, it has continued the occupation by other means.”

The Amir said during the Palestinian march on May 15, Israeli soldiers fired a type of explosive bullets to mass kill the unarmed demonstrators in broad daylight. The world watched the massacre live on TV screens.

He appreciated the countries which condemned the massacre. “We also respect those who expressed dismay and anger over this outrageous act and all those who called for establishing an independent commission of inquiry; but the Palestinian people and our peoples generally reckon this as not enough.

“Is it conceivable that a ceremony be held to celebrate the transfer of the American embassy to Jerusalem, the sovereignty on it is one of the most important issues of the permanent solution, which is supposed to be negotiated by American mediation, while blood is being shed in the Gaza Strip. What message does this convey to the Palestinian people, the Arab peoples and all peace-loving forces in the world. The situation in the occupied Palestinian territories needs sincere positions and political will to take meaningful steps to eliminate the occupation.

Concluding his speech, the Amir said the issue of Palestine is still an open wound in the consciousness and memory of peoples, and disregarding that by some regimes does not change this fact. This cause has become a symbol for the oppressed peoples everywhere.

20 January 2022 By Ashraf Siddiqui More than 7,000 books of different ...
END_OF_DOCUMENT_TOKEN_TO_BE_REPLACED