Get Out : Florida Residents Ordered to Evacuate, ‘Now Is The Time To Evacuate’ 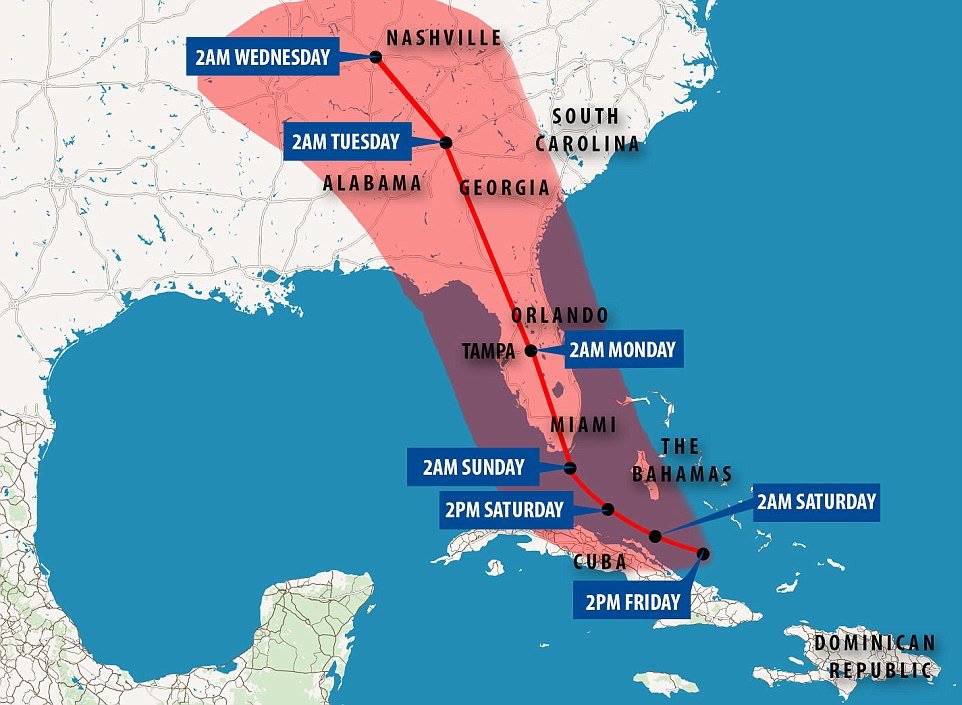 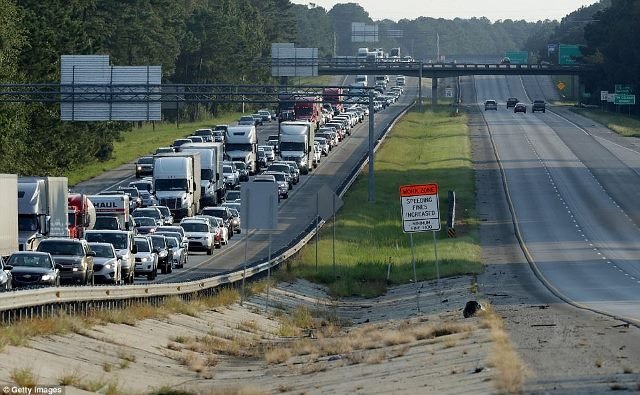 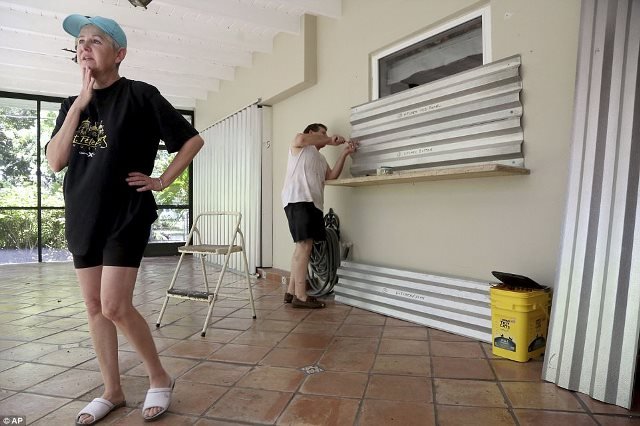 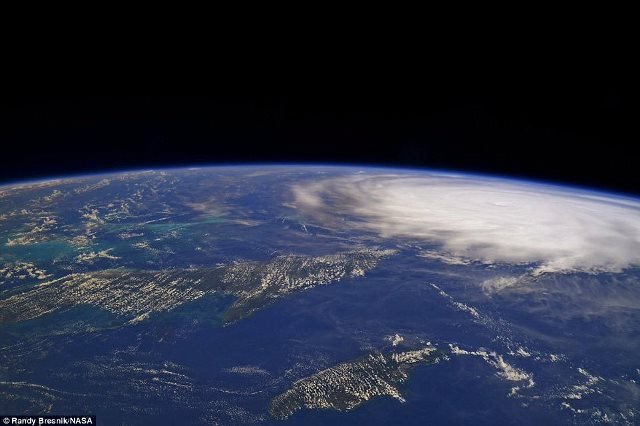 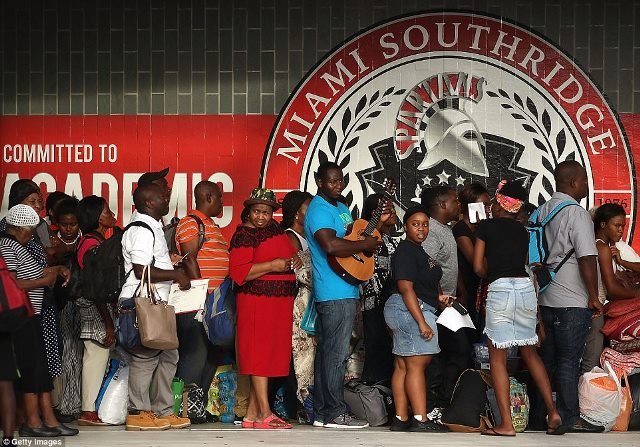 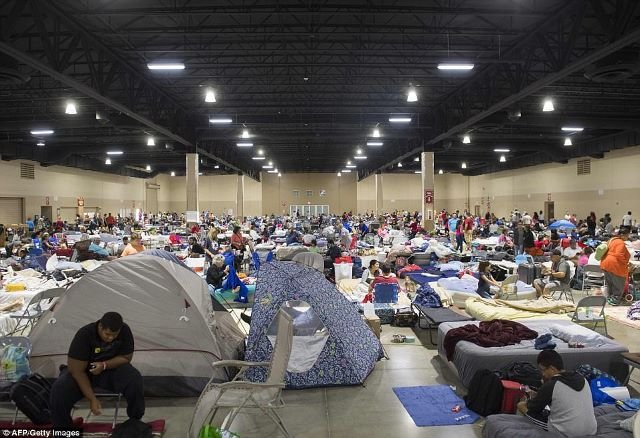 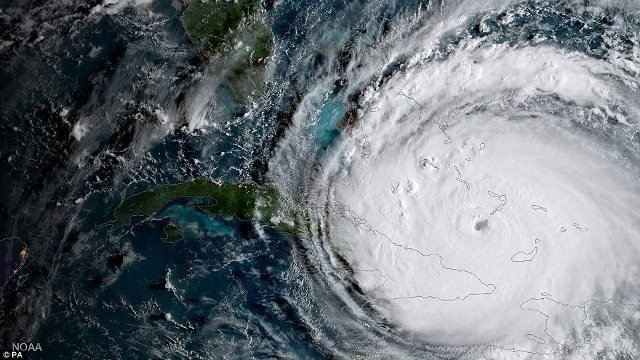 With the storm barreling toward the United States, officials ordered an historic evacuation in Florida that has been made more difficult by clogged highways, gasoline shortages and the challenge of moving older people.

Irma was about 485km southeast of Miami, the NHC said in its latest advisory.

The United States has been hit by only three Category 5 storms since 1851, and Irma is far larger than the last one in 1992, Hurricane Andrew, according to the Federal Emergency Management Agency (FEMA).

“We are running out of time. If you are in an evacuation zone, you need to go now. This is a catastrophic storm like our state has never seen,” Governor Rick Scott told reporters, adding the effects would be felt from coast to coast in the state.

A total of 5.6 million people, or 25 percent of the state’s population, were ordered to evacuate Florida, according to the Florida Division of Emergency Management.

US President Donald Trump said in a videotaped statement that Irma was “a storm of absolutely historic destructive potential” and called on people to heed recommendations from government officials and law enforcement.

‘Obviously Hurricane Irma continues to be a threat that is going to devastate the United States,’ Brock Long, administrator of the Federal Emergency Management Agency (FEMA), said at a press conference Friday morning. ‘We’re going to have a couple rough days.’

The storm was first downgraded from a Category 5 to a Category 4 earlier on Friday morning.

But as of Friday night, it is back again to being a Category 5 and will be the fourth Category 5 that has hit US mainland.

Government officials along with the National Hurricane Center have cautioned that Irma is ‘extremely dangerous’ with maximum sustained winds of 155 mph. That’s strong enough to bring down power poles, uproot trees and rip the roofs off of homes.

Apocalyptic scenes played out across the Sunshine State, as millions of people fled Hurricane Irma’s wrath.

‘If you are planning to leave and do not leave tonight, you will have to ride out this extremely dangerous storm at your own risk,’ Scott said at a Friday press conference.

He also urged residents on the Gulf Coast to take evacuation orders seriously since Irma’s path has moved slightly west.

‘You are not going to survive this if it happens,’ Scott said. ‘Now is the time to evacuate.’

Hurricane Irma strengthened and made landfall in Cuba as a Category 5 storm, as millions of Florida residents were ordered to evacuate after the storm killed 22 people in the eastern Caribbean and left destruction in its wake.

Irma, one of the fiercest Atlantic storms in a century, was expected to hit Florida on Sunday morning, bringing massive damage from wind and flooding to the fourth-largest state by population.

The scenes along Cuba’s coast were gradually coming to resemble horrors of other Caribbean islands over the last week as Irma barreled in for a direct hit at Ciego de Avila province around midnight.

The French territories of St Barts and St Martin were among the places worst hit by Hurricane Irma, and they remain in a desperate situation with reports of looting.

The islands are bracing for the expected arrival of Jose, another hurricane, at the weekend.

Al Jazeera’s Natacha Butler reports from Guadaloupe, a French region in the Caribbean from where French authorities are coordinating relief efforts.